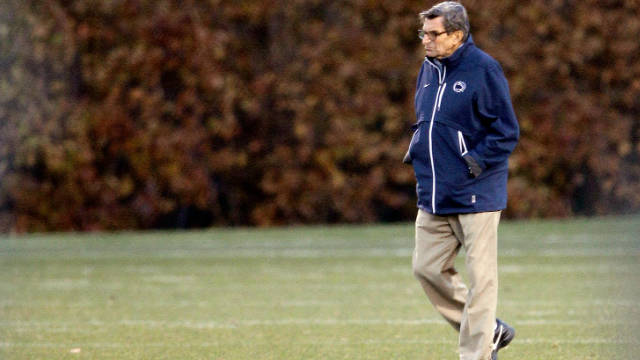 NCAA says it will examine how Penn State has handled scandal

(CNN) - The NCAA says it will examine Penn State's "institutional control" of its athletics department and how it has handled the child sex abuse scandal that has tainted top university officials.

"The recount of these tragic events in the grand jury report is deeply troubling," the group's president, Mark Emmert, said in a letter to the university. "If true, individuals who were in a position to monitor and act upon learning of potential abuses appear to have been acting starkly contrary to the values of higher education, as well as the NCAA."

"While the criminal justice process clearly takes precedence over any NCAA actions, the association is closely monitoring the situation," the NCAA said.

Former President Graham Spanier and longtime football coach Joe Paterno were removed from their posts earlier this month by the school's board of trustees.