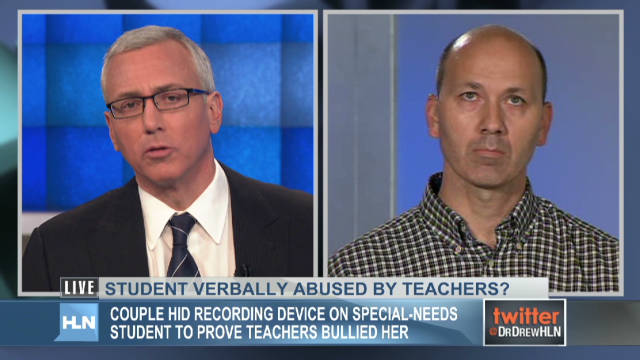 On Friday night, Dr. Drew examined a story about a special-needs girl allegedly badgered and verbally abused at her middle school – not by her classmates – but by her teachers.

The girl’s family said they went to school administrators, but officials reportedly called their daughter, Cheyanne, a liar. So, Cheyanne’s parents took matters into their own hands and sent her to school with a hidden recording device. What was revealed was heart breaking: Seven hours of verbal abuse that appears to belittle Cheyanne for her weight, intelligence and integrity.

In one recording, Cheyanne is told by someone later identified as a teacher, that she flunked a test before the teacher even looked at it.

Teacher: Tell me what you have. You haven't been paying attention to math class, have you? You know what, just keep it. You failed it. I know it. I don't need your test to grade. You failed it.