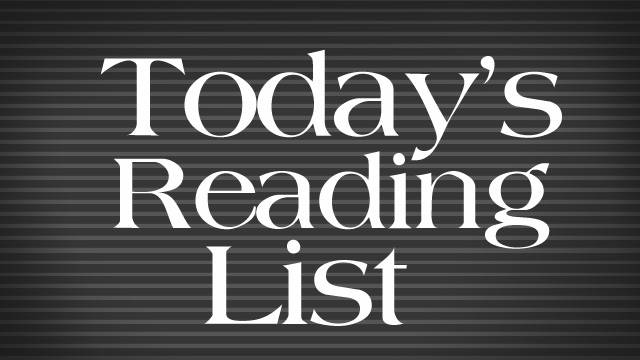 Orlando Sentinel: No middle school phys ed?
A Florida state representative says that his proposal to strip physical education mandates would give school districts flexibility and save money. Florida’s last governor beefed up the state’s physical education requirements, once ranked among the weakest in the U.S.

Indystar.com: Teacher's view: Tears are part of my job
A middle school teacher reveals the emotional lessons she learned during her first year in the classroom. 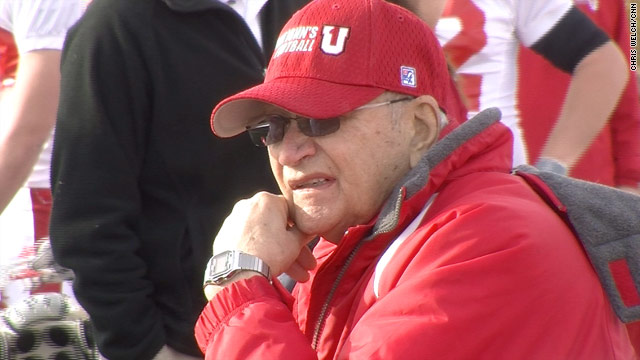 Legendary football coach values the game itself over attention and money

Collegeville, Minnesota (CNN) - John Gagliardi knows a thing or two about football. He’s 85 years old, and he’s been coaching since he was in his teens.

“Because of WWII, when I was a high school senior, my coach got drafted, and we didn’t have any coaches in the town,” he recalls.

That’s when he took over.

He’s the winningest coach in college football history — all divisions included — and the first active head coach to be inducted into the College Football Hall of Fame.
END_OF_DOCUMENT_TOKEN_TO_BE_REPLACED

Mykleby: Citizens must commit to our national reserve: the education of our children

Editor’s note:  Mark Mykleby, a retired U.S. Marine Corps colonel, was an assistant to the chairman of the Joint Chiefs of Staff from July 2009 until April 2011.  He retired from the Marine Corps in August 2011 and has joined LRN, a company dedicated to building values-based cultures that inspire principled performance in business and in life.

By Mark Mykleby, Special to CNN

In military operations, a commander commits his reserve forces as a bid for success.  Committing the reserve is the “all in” move to seize the initiative to achieve a desired end.

Today, education is our national reserve. It’s our bid for success.  This is the conclusion that Capt. Wayne Porter and I came to while we were special strategic assistants to the chairman of the Joint Chiefs of Staff and when asked to consider what a grand strategy for our nation would look like.  The outcome of our efforts was not a “grand strategy” per se.  What we came up with was a story we called A National Strategic Narrative.  As part of that story, we said that our nation’s No. 1 strategic priority has to be education, since it is through the education of our kids that our nation will be able to compete in, and influence, the strategic environment of the future.

Admittedly, military analogies are overused today. But given our national condition – political and economic paralysis perpetuated by calcified ideologies, social dysfunction spawned by cultural and litigious excess, ecological depletion at a scale never before seen and a general cynicism for all things civic minded – the analogy of committing our reserve seems fitting because we are at a time when we need to act decisively now and go “all in” on education if we are to have any chance of redirecting our nation’s future.

Listen as CNN's John Lisk talks to Captain Wayne Porter and Retired USMC Col. Mark Mykleby, authors of "The National Strategic Narrative."
But going “all in” doesn’t mean we just buy our way to better education. As was highlighted by Bill Gates on Fareed Zakaria’s November 6 "GPS" show, we have doubled the amount of money thrown at education over the past 30 years.  And still, our national education performance has declined.

END_OF_DOCUMENT_TOKEN_TO_BE_REPLACED

(CNN) - More Long Island students were arrested Tuesday in an ongoing investigation of a college admission exam cheating scandal that has expanded to include the ACT, according to prosecutors in New York's Nassau County.

The investigation unveiled nine students who paid four men to take the SAT or ACT standardized exams for them between 2008 and 2011.

(CNN) - A Florida university has stopped all band performances amid an investigation into the death of a student over the weekend that authorities say is linked to hazing.