The Telegraph (UK): Millions of children off school as teachers take to picket lines
More than half of England's schools are closed today as teachers joined a nationwide public-sector strike. Teaching unions and government officials are at odds over new pension plans.

Star Tribune: Governor to appoint task force on bullying
Minnesota Governor Mark Dayton is appointing a 15-member committee to investigate the effectiveness of anti-bullying measures around the U.S.

Educational Leadership: What We Learn from Grades
Author and educator Marge Scherer says that for grades to be meaningful, they must be accurate and fair.

Smart Kid
The author recounts his personal experience as a smart, but not necessarily motivated, student.

(CNN) – Joaquin Luna was only 18. The senior at Juarez Lincoln High School in Mission, Texas, dreamed of going to college. But since he was in the country illegally, that was nearly impossible.

Luna was quickly losing hope of ever going to college, his family says. The Friday after Thanksgiving, Luna put on a suit, kissed his family members, went into the bathroom and shot himself in the head, according to family members.

"He didn't see no other way or no other option," his brother Diyra Mendoza told CNN affiliate KGBT.

Mendoza found the body after hearing the gunshot. 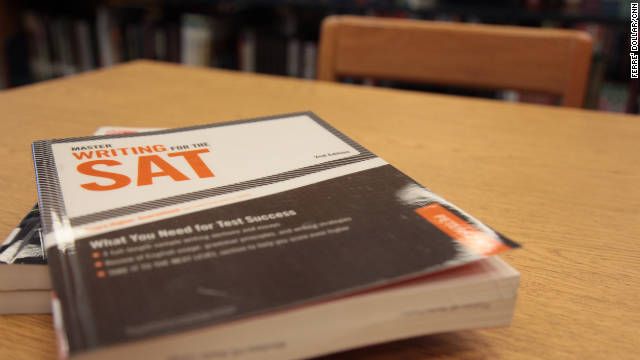 Five things to know about the SAT

This Saturday, thousands of students across America will wake up, sharpen their number 2 pencils and proceed to take what could be the most important test of their lives – the SAT. There are some differences between the SAT that you probably took and the one students are taking this weekend. Here are five things to know about the big test.

1. What is the SAT?
The SAT is a college entrance exam taken by millions of students each year. The College Board, an association of colleges and high schools that creates and administers the test, says the exam tests skills and knowledge students acquire during high school and measures how that knowledge is applied, which many say is critical to success in college.

2. What is a perfect score on the SAT?
If you took the SAT before March 2005, you probably remember your score was out of 1600 points, 800 from math and 800 from reading. Today's nearly four-hour test includes a critical reading section, a mathematics section, and a writing section. Each section is still worth 800 points; 2400 is today's perfect score.
END_OF_DOCUMENT_TOKEN_TO_BE_REPLACED