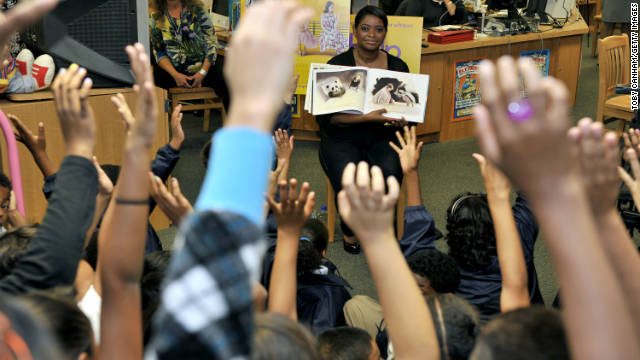 Student scores are up in many urban school districts

Washington (CNN) – Math scores in some urban school districts are improving faster than the nation as a whole according to a report released Wednesday by the National Assessment Governing Board that compares math and reading scores for fourth and eighth graders.

"We continue to narrow the differences between urban school districts and the nation at large," said Michael Casserly of the Council of the Great City Schools.

Large city school districts tend to have higher numbers of students considered to be at risk than their suburban counterparts because the students often come from lower-income households or are from black or Hispanic families, groups that traditionally score lower than whites on standardized tests.

"Despite their distinct challenges, many of these districts are making steady progress in math. But, like school districts nationwide, they need to find ways to raise student achievement in reading," said David Driscoll of the National Assessment Governing Board. Atlanta; Austin, Texas; Baltimore and Philadelphia improved their scores in grade four mathematics, while Atlanta; Charlotte, North Carolina; Chicago; Detroit; the District of Columbia and Jefferson County, Kentucky, improved their grade eight mathematics scores when compared to the last assessment two years ago. Charlotte also had an increase in its eighth grade reading scores compared to the 2009 assessment.

In a call with reporters before the release of the study, Casserly was asked about the numbers for Atlanta in light of the reports of teachers changing student responses on the Georgia state standardized tests.

"There appeared because of the state investigative report that there was cheating by some teachers on the state test but at the same time what you saw by way of reform in the school district was real," said Casserly. "There's no reason to believe that the results on the national assessment should be called into question at all."

Some large school districts have shown improvement over the long run while others have not. Analyzing data from 2009 and before for Atlanta, Boston, Charlotte-Mecklenburg and Cleveland, the Council for Great City Schools found that the instructional practices of the first three districts were quite different than those for Cleveland, which showed lower performance and lower gains.

Differences were found in areas including leadership and reform vision, accountability, curriculum and instruction, teacher quality and use of data and assessments.