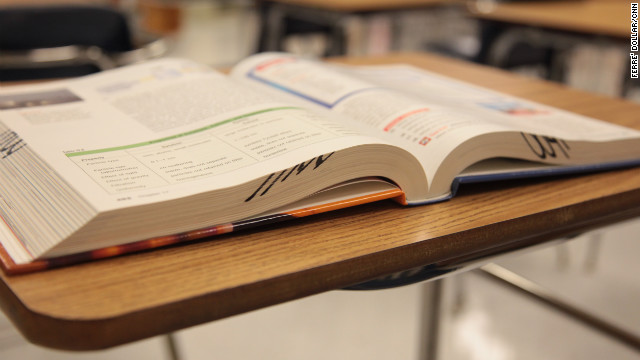 Report: Almost half of U.S. schools not meeting NCLB requirements

by Donna Krache, CNN
(CNN) A new report issued by the Center on Education Policy has some bad news for schools trying to meet the requirements of No Child Left Behind (NCLB).

According to the CEP, an estimated 48% of American schools are not making Adequate Yearly Progress, or what is known as AYP. This number is an all-time high and up from the previous year’s estimate of 39%. The most recent data was collected in the 2010-11 school year and the report notes that these are just estimates provided by the states. The official numbers will be released next year.

Under NCLB, states are required to set proficiency goals for students through testing or other performance assessments and report those metrics to the Department of Education. The ultimate objective is to meet the NCLB goal of 100% proficiency for all students in math and reading by 2014.

In September, Secretary of Education Arne Duncan announced that states could apply for waivers as a way to offer some flexibility regarding NCLB. That action has been met with both praise and criticism from policymakers, educators and parents.

Read the Center for Education Policy's full report on AYP Results for 2010-2011.

AJC: Georgia to require students to pick career path
Georgia joins most states in mandating that students pick a career or college path in ninth grade. Students will be able to choose from 17 career pathway clusters.

New York Times: State Takeovers of Other Districts Have Had Mixed Results
When school districts fail, or school boards become dysfunctional, a state may elect to take control. Research shows that state takeovers are more likely to impact central offices than classrooms.

Jacksonville.com: Student grade recovery increases; Duval teachers question its message
A Florida school district uses a computer-based grade recovery program that allows students to improve a grade of D or F in a class. About 38% of the district's students took advantage of the program; but less than half of them improved their grades.

CBS Minnesota.com: Santa’s Workshop: Kids Fix Toys To Donate To Others
A Minnesota school donates toys for needy children. The toys are then cleaned and repaired by the fourth grade classes.

While Coney Island Prep is housed in a traditional school building, the similarities between the middle school and other public schools end at the door.
END_OF_DOCUMENT_TOKEN_TO_BE_REPLACED