Thirty-five states plus the District of Columbia and Puerto Rico submitted proposals in the competition, outlining their plans to increase access to high-quality, early childhood education for low-income families. According to the Department of Education, the number and list of winners were determined by both the quality of applications and the funds available.  Each of the winning nine states will receive a different grant, depending on state population and proposals.

According to Jon Schnur, executive chairman and co-founder of America Achieves, the winning plans focus not only on academic outcomes, but on social and other skills important to early childhood education and development.  Schnur points out that this is a “watershed moment” because the states are acting on evidence of quality learning practices and their proposals were the result of bipartisan planning and action.

Professor Sharon Lynn Kagan, co-director of the National Center for Children and Families at Teachers College, Columbia University, says this was an incredible competition with high quality submissions. She cites the announcement today as “extremely significant” because “it says that early learning is important.” 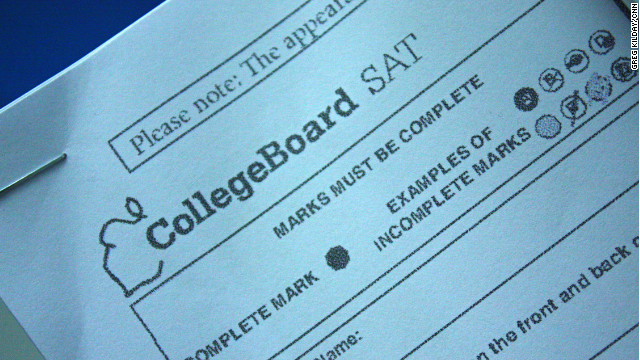 Just how common is SAT cheating?

(CNN) As the Long Island SAT cheating scandal widens, the education community is asking fresh questions about how many students are scamming their way through the most important test they'll take in high school.

And the two organizations that oversee the SAT, the College Board and ETS, are facing fresh scrutiny over whether their security measures are up to snuff.

The soul-searching and finger-pointing are fiercest in Nassau County, New York, where 20 current and former students have been arrested in the exam scam. Prosecutors say that five test-takers used bogus school IDs to take the SAT or ACT for 15 students, who paid between $500 and $3,600 for the privilege.

The test-takers are charged with scheming to defraud, falsifying business records and criminal impersonation. If convicted, they could serve up to four years in prison.

The College Board and ETS have strongly condemned the attempted corner-cutting. "No one despises cheating more than the College Board and the people who design the SAT," said its president, Gaston Caperton, at a recent New York Senate hearing on the controversy.

Declaring its determination to root out cheating, the College Board has hired a security firm headed by former FBI chief Louis Freeh to review its SAT security protocols.

END_OF_DOCUMENT_TOKEN_TO_BE_REPLACED 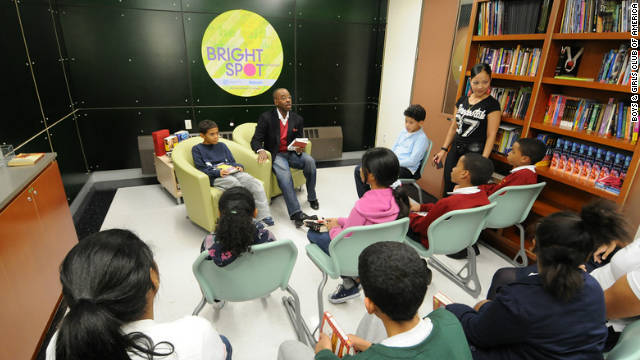 My View: Give a child a book and open the door to a great future

By Courtney B. Vance, Special to CNN

Editor’s note: As a youth, actor Courtney B. Vance attended the Boys & Girls Clubs in his native Detroit. With a passion for reading and an advocate for improved literacy among youth, Vance supports the organization’s Bright Spot for Reading initiative, which focuses on developing a positive attitude toward reading among young people.

The list of the hottest kids’ toys for the 2011 holiday season is out, and it’s notable for what it doesn’t include. There are dolls and cars, games and action figures, but there’s not a single book. This isn’t just a sad commentary on holiday gifting; it’s a sign that our next generation is going to lack skills vital to success.

Dr. Seuss’ “How the Grinch Stole Christmas,” the Harry Potter series, C.S. Lewis’ Narnia writings and Dickens’ classic “A Christmas Carol” are some of the top book gifts for the season according to Amazon, but I expect book purchases will be but a fraction of what’s spent on electronics and toys, most of which will be forgotten by January.

I read recently (pun intended) that September was “Read a New Book” month. May was “Get Caught Reading Month.” March was “Read Across America Day.” So with all these opportunities to teach kids the importance and value of reading, why aren’t we seeing more improvement in our children’s reading skills?

According to the 2011 Reading Report Card, only 34% of fourth-graders are reading at or above “proficient.” By the eighth grade, the reading proficiency rate remains at just 34% for all students. The Report Card noted that fourth-graders who reported reading for fun almost every day scored higher on average, and students who hardly ever read scored lowest.
END_OF_DOCUMENT_TOKEN_TO_BE_REPLACED

iReports: What students are looking forward to in 2012

CNN Student News asked its middle and high school viewers what they are looking forward to in 2012.  Here's a sampling of some of their iReport responses.