FAMU president to stay in office during hazing probe 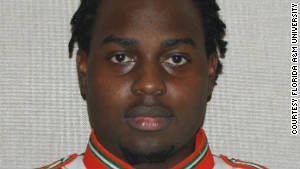 Some band members have said Robert Champion may have
died after a rite of passage involving a beating aboard a bus.

The A&M board of trustees rejected a request from Gov. Rick Scott to suspend Ammons while officials probe various issues at the school, including the suspected hazing death of a band member.

"We will stand firm against outside influences which hinder the viability of the university," said Solomon Badger, the board's chairman.

"It requires us to rely on facts," he said.

The board chose not to vote on Ammons' status.

Ammons was not present for Monday's meeting, but took part by telephone.

On Friday, the medical examiner in Orange County, Florida, ruled that the death of 26-year-old Robert D. Champion was a homicide.

(CNN) – Four student athletes were suspended after encouraging several others to do the 'Tebow' prayer pose, blocking a hallway in school.

Read more coverage of the prayer pose on the Belief Blog here: 'Tebowing' prayer stirs debate, but quarterback is OK with it."

New York Times: Profits and Questions at Online Charter Schools
Nine for-profit companies run dozens of online public K-12 schools across the country. Several of the companies make a profit, but critics say that comes at a price: lower-performing students.

The Atlantic: The Great Education Hypocrisy: What's So Bad About For-Profit Teaching?
The author argues that public-private partnerships should develop public education policy. He says that similar partnerships in the space program and communications, among others, have led to innovation and jobs.

StLToday.com: Kids can continue to learn during the holidays
Dr. Bob Wilmott, chief of pediatrics at a St. Louis hospital, says parents should encourage children to have a balance of relaxation and mental activity during the holidays. He suggests several holiday activities that he says will keep young minds stimulated.

NPR: An Early College Economics Lesson For One Student
A high school student comes to the realization that the cost of college may outweigh his ability to pay for it in the future.

U.S. News & World Report:Better High School Graduation Rates May Be An Illusion
New federal laws will standardize how states calculate their graduation rates. Some states could see a drop in this statistic, but one expert says the new figures will be a better reflection of reality. 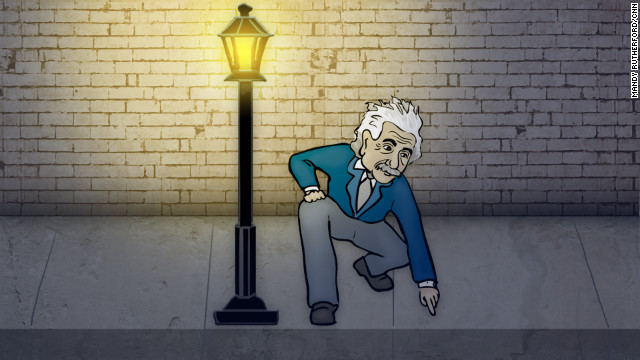 That's tough to explain in plain English, so I've enlisted one of the world's most respected and plain-spoken physicists.
END_OF_DOCUMENT_TOKEN_TO_BE_REPLACED