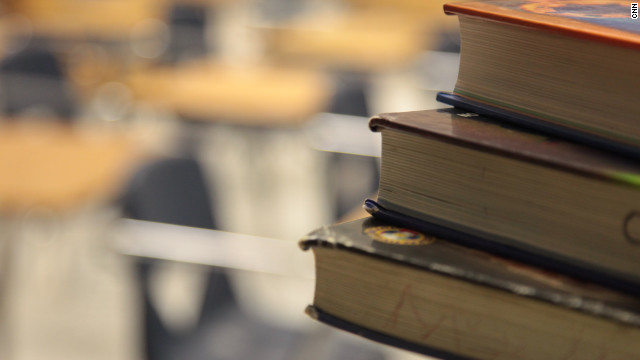 The discovery comes in a new report released Tuesday by members of a special task force appointed by former Georgia Gov. Sonny Perdue to look into suspiciously high scores on the exams, called the Criterion Referenced Competency Test (CRCT), a multiple-choice test given annually to all public school students in the state.

"Hundreds of schoolchildren were harmed by extensive cheating in the Dougherty County School System. In 11 schools, 18 educators admitted to cheating," members of the task force said in the report. "We found cheating on the 2009 CRCT in all of the schools we examined. A total of 49 educators were involved in some form of misconduct or failure to perform their duty with regard to this test."

"They paint a tragic picture of children passed through with no real or fair assessment of their abilities. To cheat a child out of his or her ability to truly excel in the classroom shames the district and the state. We'll now send the results to the Professional Standards Committee and to theDougherty County District Attorney's Office. It is my hope that brighter days are ahead for the children affected by this unfortunate situation," Deal said Tuesday.

The report's authors concluded cheating occurred because of a "failure of leadership at the principal level and, to some extent, by the system's administration and the Board of Education."

Investigators also blamed the corruption on pressures of meeting requirements under No Child Left Behind, a Bush-era bill that passed with overwhelming bipartisan support in 2001. It set up a regimen of state reading and math tests for students in third through eighth grades.

Critics have said the Bush administration, which championed the bill, never properly funded the effort and that states needed more flexibility in meeting the goals. That encouraged schools to lower standards rather than improve, because the schools faced the possibility of losing federal education dollars if goals were not met, the critics said.

In September, President Obama announced an overhaul to No Child Left Behind, changing states' requirements to enact accountability standards that don't treat all schools the same. Specifically, schools will have to implement new teacher and principal accountability standards. Local districts will have to set basic guidelines to evaluate a teacher's performance based on a number of factors, not simply student performance.

The Obama administration said many states are already moving toward new guidelines and are requesting waivers to certain requirements imposed by No Child Left Behind, which could be granted in early 2012.

Georgia investigators uncovered systemic misconduct in the Atlanta Public School system earlier this year, finding evidence of cheating on the 2009 CRCT in 78% of the schools they examined. One-hundred-seventy-eight educators, including 38 principals, were identified as being involved in cheating.

"Most of the people who have left have either retired or resigned," he said.

The remaining employees are still on paid administrative leave pending investigations that will be dealt with case-by-case contingent on the availability of the investigators who compiled the report and the various agencies involved, Bromery said.