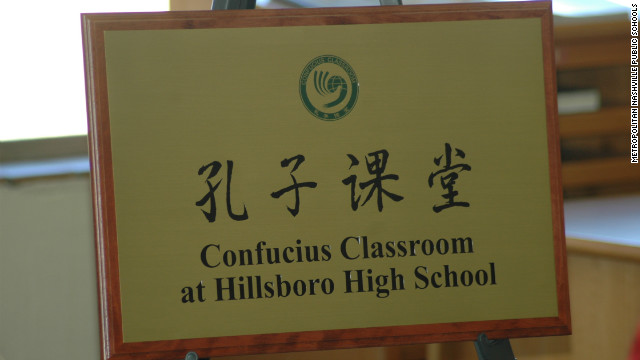 Those resources came from Chinese Ministry of Education though the Confucius Center at the University of Memphis. The center promotes Chinese language and culture at the university level and at high schools, says Dr. Hsiang-Te Kung, who runs the center.

“We almost provide them a free language teacher to teach the Chinese language. They also get other resources, like textbooks and technology support. So I think that helps develop the program much easier and faster.” 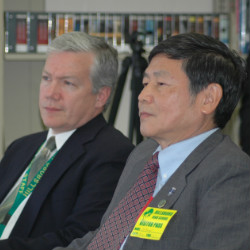 “One out of five people in the world will be Chinese, so Chinese is the most spoken language in the world,” Kung says.

The investment by the Chinese government is paying off. According to a 2008 study by the Center for Applied Linguistics, Chinese was the only language, besides Spanish, that showed significant growth in U.S. schools. Traditional languages all took a hit this past decade, says Nancy Rhodes, CAL’s director of world languages.

Some worry that the new push to study Chinese may be overrated.

“It’s a difficult language to learn, and you have to really think about the use of this language. It’s really not used worldwide; it is used in China," says Emanuel Lene, vice president of education at the French Institute Alliance Francaise in New York.

Just as the Chinese Education Ministry promotes Mandarin in foreign countries, the Alliance Francaise promotes French language and culture around the world. But unlike China,France has had to cut back on its language efforts in the United States.

“I have to admit that in the United States the efforts from the French government have diminished, because strategically we have a little less budget and they’re using their budget for promotion of French language a little differently. So, right now they’re investing more in South America,” Lene says.

Also working against European languages are efforts by the U.S. government. The Department of Defense, for example, wants more multilingual soldiers and promotes what’s known as “strategic languages.” Arabic and Chinese currently top that list.

The Department of Defense just awarded the Georgia Institute of Technology $720,000 to create a pilot program where Reserve Officers’ Training Corps (ROTC) students learn Chinese. The school has been offering Mandarin to all its students for over a decade and the language is growing in popularity, says Dean Jacqueline Jones-Royster.

And Samuel Graham, a Georgia Tech engineering student, wants to play on that stage, too. That’s why he’s studying Mandarin.

“There are so many Chinese people in the field of engineering these days that you almost have to speak the language," Graham says.

He hopes his Chinese language skills will enable him to visit China and help him improve his skills in table tennis, a major sport in the Asian country.

“I really want to learn the culture,” he says.