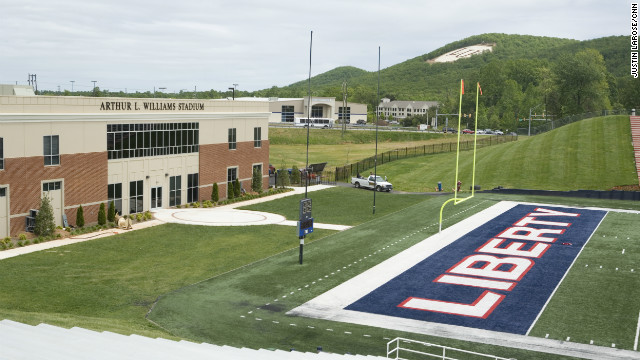 (CNN) – As of the end of last semester, more than 60 members of Liberty University's faculty, staff and students have applied for permission to carry concealed weapons on campus. The Lynchburg, Virginia, college's Board of Trustees changed the university’s policy on firearms in November. The new policy allows the school's police department to give permission to members of the university community to carry guns under certain conditions.  The policy is explained on Liberty University’s website .

According to the Richmond Times-Dispatch chancellor Jerry Falwell, Jr. said that he hopes the policy changes will prevent campus shootings, citing the December 8th fatal shooting of a Virginia Tech police officer. Liberty University’s website says that approximately 70 other institutions allow weapons on campus with prior police permission.

While some gun advocates support the National Rifle Association's position that gun owners can prevent crimes on campus, the Brady Campaign to Prevent Gun Violence  says that the NRA is trying to force colleges to allow guns onto campuses – guns that the Brady Campaign says campus police chiefs do not want at school. The group cites a 2009 study that says that the majority of campus police chiefs don’t believe allowing students to carry concealed weapons would prevent campus killings.

In the wake of mass shootings at Virginia Tech in 2007 and Northern Illinois University in 2008,  the issue of guns on campus isn't likely to go away soon.  Eighteen states considered legislation to allow concealed-carry weapons on campus in 2011. Most of those bills did not pass, but activists on both sides of the issue expect the debate to continue  in 2012.