Three quarters of American children ages 3 to 5 are in child care and, like most kids, they need to be more physically active, say researchers. But children who aren't in day care may also lack enough active time outside.

"Daily physical activity is essential for preschool age children both for preventing obesity and for their development – their physical development and their cognitive development," says study author Dr. Kristen Copeland from the Cincinnati Children's Hospital Medical Center in Ohio.

Dr. Copeland and her team of researchers wanted to find out why children weren't more active so they talked to the staff at 34 child care facilities in Cincinnati. They discovered that centers often emphasized classroom learning at the expense of outdoor playtime. Experts from the American Academy of Pediatrics say this is not limited to Cincinnati, but occurs in many parts of the country as well.

By Matt Smith and Trisha Henry, CNN
(CNN) - The death of a 7-year-old Virginia girl from a suspected peanut allergy at school has raised questions about how prepared school officials are to handle sudden reactions in children.

First-grader Ammaria Johnson died Monday after breaking out in hives and complaining of shortness of breath at recess. School authorities called paramedics after she was taken to the nurse's office, said Lt. Jason Elmore, a spokesman for the Chesterfield County Fire Department in suburban Richmond.

"From what we understand, she possibly had gotten something outside," Elmore said. The clinic had no medication to give her and called 911, he said.

"It's very straightforward. There is no magic to this," said Maria Acebal, the head of the Food Allergy and Anaphylaxis Network. "It's just proper education, how to recognize it, and how to treat it."

My View: Why language study should be part of your college experience 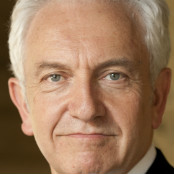 by Russell Berman, Special to CNN

Editor’s note: Russell A. Berman is the 2011 President of the Modern Language Association and professor of Comparative Literature and German Studies at Stanford University.

At college, students face a dizzying array of possible subjects to study. Suddenly you have the freedom to decide on your classes. The range of topics can be exhilarating, but with the freedom of choice quickly comes the need to make selections. Where do you want to focus? What electives do you want to explore? What skills do you want to build during your college years? It is important to plan your college learning thoughtfully by setting some goals and pursuing them consistently.

One of the best choices you can make when planning your college years is the decision to learn a foreign language, whatever your major. Learning another language will open the door to another culture and enhance your career opportunities in the increasingly global economy. Having strong skills in another language may give you an edge when applying for a job. That unique ability will set you apart from other applicants and show a potential employer that you have demonstrated long-term discipline in acquiring specialized knowledge.

Studying a language will also build your overall language abilities—in English too—and strengthen your skills in interpretation and understanding. Learning the grammar of another language is an important way to get a better handle on grammar in general. Expanding your foreign language vocabulary helps you think about words and their meanings in complex ways. The new language deepens your capacity to communicate and to understand the challenges of all cross-cultural relations. As countries become every more interconnected, the ability to engage in cross-cultural communication will grow ever more important.
END_OF_DOCUMENT_TOKEN_TO_BE_REPLACED