My View: How mentors changed my life 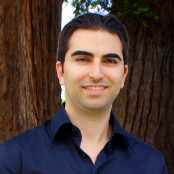 by Ashkon Jafari, Special to CNN

Editor’s note:  Ashkon Jafari is the co-founder and executive director of StudentMentor.org. He has a bachelor’s degree in finance from Santa   Clara University. Ashkon was recently invited to the White House to meet President Barack Obama and talk to officials about mentoring and preparing students for tomorrow’s work force.

My transition to college wasn’t easy. I graduated from high school at 16 and felt thrown into a different world in college. Unlike high school where administrators proactively called my parents if I missed classes, I found out that college professors didn’t hold students to the same level of accountability. Most college professors didn’t stay after class to help me when I was struggling in their classes. I was on my own.

During the beginning of my sophomore year, my situation began to improve. I started visiting the tutoring center to receive help on calculus and physics courses. There I met Dinh, who had already received a master’s degree in my major.  Over the course of the next two years, he not only spent countless hours guiding me through difficult subjects, but he did much more. Dinh and I discussed life decisions, job prospects and career paths, and how I could succeed in my junior and senior years.

Dinh was an amazing tutor, but what I looked forward to most during our weekly Sunday morning sessions was chatting freely and openly about these topics. I may not have labeled Dinh a mentor then, but in retrospect he was an outstanding one. Without his help, I know I wouldn’t have succeeded in college.

During the summer of my junior year, I started an internship at a large tech company and found another key mentor. Although a busy senior manager,  Jack scheduled an hourlong meeting with me for extra training that would be useful in my future career. That meeting turned into weekly sessions in which I learned a lot from Jack about what employers valued and where the industry was headed.

Soon, Jack was asking me to bring in my upper division course list so that he could offer a professional’s opinion on which electives would be advantageous in the industry and which were outdated. We kept in touch as I progressed through my final two years of college and occasionally met for lunch. Jack became an even greater resource to me as I prepared to embark on my career. He was a reference for job openings and graduate school applications. Five years later, we remain good friends, and he is on the board of directors for my nonprofit organization, StudentMentor.org.

Mentors such as Dinh, Jack and many others are the most important reason for my success in college. Despite my rocky start, I graduated in the top 1% of my college class.

There are countless professionals, teachers and peers  who are eager to become mentors.  Whether it’s through informal discussions or structured programs, mentoring is powerful and vastly undervalued.

January is National Mentoring Month. Each year the president encourages Americans to serve as mentors and help young people. As you think back on your life, how have mentors affected you? By adding “becoming a mentor” to your new year’s resolutions, perhaps you can positively change the course of someone else’s life, just as my mentors did for me.

The opinions expressed in this commentary are solely those of Ashkon Jafari.