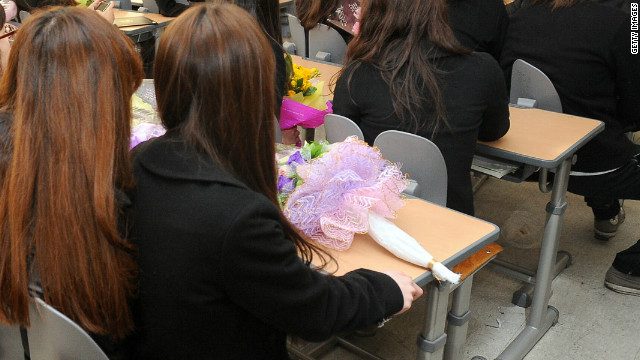 Analysts believe a classroom environment where students are forced to prove themselves can make some aggressive.
January 19th, 2012
03:50 PM ET

Seoul (CNN) - It took two teenage suicide cases due to school bullying last year in South Korea for people to notice something was very wrong.

The students lived in different cities and went to different schools, but both jumped to their deaths after saying they could not take the pain of being bullied any longer.

Over the last few weeks, the country's media has been filled with reports about tragic cases of school bullying. This week, two more students from the same class reportedly took their own lives - one was the victim of bullying, the other a powerless friend who had stood by and watched the abuse.

Experts say the cases highlight how desperately many South Korean teenagers need a means to escape the bullying as well as a way to cope.

Park Han-wool, a 17-year-old high-school student, said he has been bullied for the past six years. He has been isolated from other classmates, beaten during school trips and locked up in the classroom.