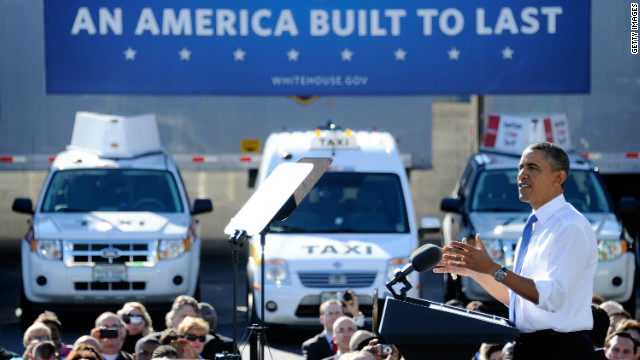 (CNN) - College affordability took center stage Friday for President Barack Obama as he made the final stop on a three-day road trip highlighting themes from the State of the Union address this week.

In an appearance at the University of Michigan in Ann Arbor, the president outlined a series of new initiatives designed to control spiraling college costs and reform financial aid programs.

"We should push colleges to do better," he said. "We should hold them accountable if they don't."

Specifically, the administration wants to leverage $10 billion a year in federal aid, restraining costs by providing more assistance to schools that hold tuition down while cutting aid to those that do not. Obama is also pushing for the creation of a $1 billion competition encouraging states to contain public tuition rates.