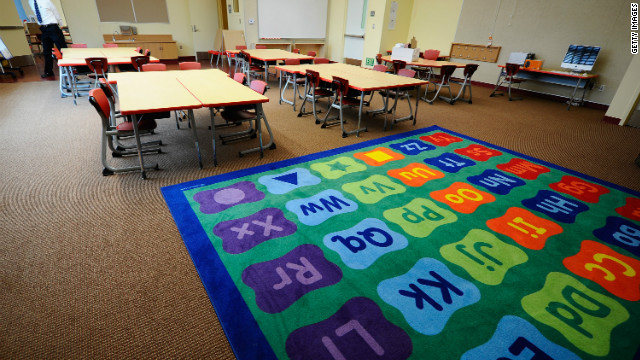 (CNN) Parents in Los Angeles may soon have the opportunity to apply to send their children to whatever school they choose. Open enrollment, the policy of eliminating school district boundaries, could, however, harm certain segments of the economy. One segment that could be adversely affected is real estate.

“Open enrollment is kind of a mirror to me of busing without the bus ride,” said Stuart Venner, a national real estate adviser and consultant. “People want pride in their neighborhood, pride in their area. When you have people coming in that may disrupt their way of life really, I think it’s going to lower and hurt the housing market in an area that doesn’t need to be hurt any worse right now.”

“I think it’s going to impact [real estate],” she said. “Values probably will come down in certain areas, what you would call good school districts.”

The L.A. Unified School District is the second-largest in the nation, with more than 660,000 students enrolled in K-12. The Clark County School District in Nevada, which includes Las Vegas, is the seventh-largest district. It instituted open enrollment a few years ago, and Vegas real estate agent Rosa Herwick says early economic concerns softened after initial fears.

Still, in other parts of the country such as Iowa’s Eddyville-Blakesburg school district, choice schools became overcrowded, causing home values to fall in some neighborhoods. But real estate professionals in that district also said that home values in less desirable areas increased slightly, since parents weren’t locked into one school.

Superintendent John Deasy of the L.A. Unified School District will study the effects of open enrollment on his city for the next few weeks and is expected to make a recommendation in mid-April.