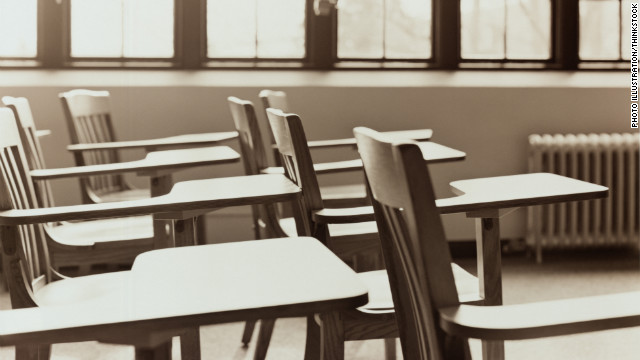 (CNN) - In middle school, Taylor LeBaron struggled to fit into his seat. The desks in class had a ceramic plate attached to the chair.

"I was so large, I couldn't fit in there," said LeBaron, now 19. "Every other student could. I couldn't get my legs to fit underneath the desk or my stomach to fit between the chair without getting the desk stuck with me.

"It was really embarrassing. When class is over, everyone gets up, I would take a few minutes extra, tactfully maneuvering out without looking like a fool."

But LeBaron, who weighed nearly 300 pounds at age 14, never requested a separate table and chair because he didn't want to draw more attention to himself.

Taylor LeBaron, at nearly 300 pounds, struggled to fit in his seat during middle school.

As children are getting bigger, their clothing, their furniture and other objects that support their weight must also expand.

Dohn Community High School, a charter school in Ohio, pays students to attend, CNN affiliate WLWT reported. It helped, at least for the first day: Attendance was at 100%. The money comes from Easter Seals and private donations; seniors get $25 a week and younger kids get $10. Every time students get paid, $5 goes into a savings account they can access when they graduate.

What do you think? Should schools pay students to attend? 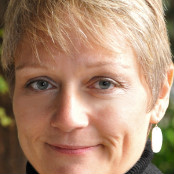 By Regina Brewer, Special to CNN

Editor’s Note:  Atlanta Public Schools (APS) is undergoing a system-wide redistricting, its first since 2003.  Though this is a local story, it’s a familiar one among  communities and school districts throughout the United States.  At issue is how to balance the needs  of the community and its students, parents and teachers with the realities of overcrowded and undercrowded schools.  Regina Brewer, her husband and three children live in the Inman Park community of Atlanta, where she serves as the president of the neighborhood association.  Her children attend Mary Lin Elementary.

“Mommy, I don’t care where I go to school.  Just stay home.” This is what my 9-year-old daughter said to me as I was leaving to go to yet another meeting dealing with the current Atlanta Public School rezoning initiative.  What do I say to this?  How do I explain why so many parents are angry, why yards signs declaring “Keep our Schools Together” have popped up like mushrooms all over nearby neighborhoods, and why their friends are now fleeing the school system for nearby private schools to avoid the uncertainty?  My children are less concerned about where they will go to school than they are with my constant absences.  They are resentful of the numerous calls and bewildered at the number of meetings that are held in my kitchen, which one friend has christened “The War Room.”  Many of my friends’ children are scared because they have read the yard signs and their parents are so frantic.  I’m just tired.  Tired of the endless meetings, tired of the conspiracy theories (real and imagined), and so tired of trying to mathematically figure out how many children can fit in the school and who stays and who has to go.  It truly feels like a lose/lose situation.

We love our neighborhood schools.  We have spent so many hours in them, donating time and money to make our schools a wonderful learning environment for our children.  They represent our neighborhoods and connect us and our communities in meaningful ways.  To be told that we may not be able to attend this school that we love is somewhat like being evicted from your house.  But we love that house, what do you mean we can’t live there?  Some parents argue that it’s about high-performing versus low-performing schools.  I just read the test scores of all the APS schools in the latest Education Section of the Atlanta Business Chronicle.  Sure, there were many high-scoring schools, but the scores of “low-performing schools” were not dreadful.  Most of the elementary schools had test scores in the high 80s to high 90s.  Some parents argue that it is about the building or its location.  Many APS schools were designed during the modern movement, when design overrode the need for light and air.  We can’t imagine our children being able to learn in this kind of environment or being safe in a school on a busy road or near a crime-ridden gas station.  Some parents argue that the school population is filled with children from tough (read “poor”) neighborhoods and that they will not be among their peers.
END_OF_DOCUMENT_TOKEN_TO_BE_REPLACED