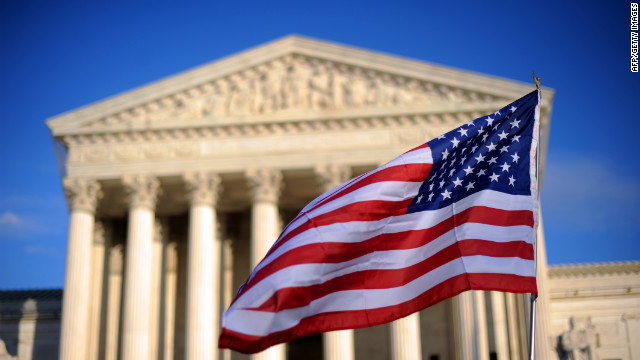 The Supreme Court will have only eight justices to hear arguments in Fisher v. University of Texas.
February 22nd, 2012
06:07 PM ET

Opinion: Will the court strike down affirmative action?

By Abigail Thernstrom, Special to CNN

Editor's note: Abigail Thernstrom is the vice chairman of the U.S. Commission on Civil Rights and an adjunct scholar at the American Enterprise Institute. She is the author, most recently, of "Voting Rights and Wrongs: The Elusive Quest for Racially Fair Elections."

(CNN) - The Supreme Court has just agreed to take on the case of Fisher v. University of Texas. Abigail Fisher, a white woman, argues that she has been a victim of the university's race-conscious admission policies; the university contends that its drive for racial and ethnic diversity is educationally enriching - a benefit to all students.

Will the ugly discourse that generally characterizes debate over racially preferential policies disappear with the wave of a magic Supreme Court wand? It seems unlikely. The issue is a cat with many more than nine lives. It arrived in the early 1970s and, despite many attacks, some of which have taken the form of amendments to state constitutions, it has survived in pretty fine fettle.

The court will have only eight justices to hear the arguments. Elena Kagan, having been involved in the case as solicitor general in the Obama administration, has bowed out of participation. Her absence, however, leaves five justices likely to express at least some degree of skepticism about the racial preferences given to non-Asian minorities in the admissions process.

The opinions expressed in this commentary are solely those of Abigail Thernstrom.