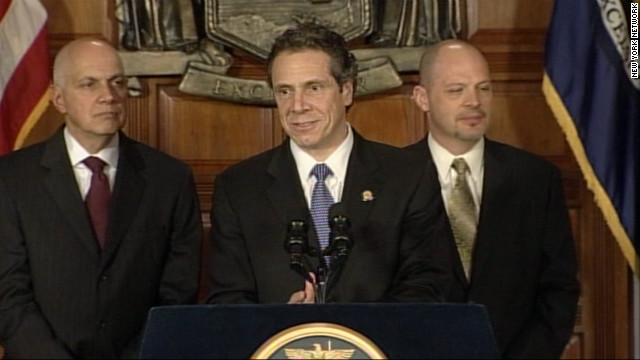 (CNN) Last week a deal was reached between the New York State United Teachers (NYSUT) and the state’s Department of Education on how teachers would be evaluated.

The New York Times reports that the deal permits school districts to base 40 percent of a teacher’s review on how that teacher’s students performed on standardized tests (what’s sometimes referred to as “value-added” data), with half of that portion based on the student’s test progress from one year to the next.  The remaining 60 percent of the review will consist of “subjective measures”, including principals’ evaluations and observations.

Like 18 other states that qualified for federal grants under Race to the Top, New York was under a deadline to devise a plan to evaluate teachers, or lose this funding.

After the deal was reached,  Governor Andrew Cuomo is quoted as saying, “It’s a victory for all New Yorkers. Government works, and that makes this state a better state.”

Carol Corbett Burris, principal of South Side High School, disagrees.  In the Washington Post Answer Sheet Blog  she says she “was struck by the lack of logic and fairness” in the deal.  Burris, who was named the 2010 New York State Outstanding Educator by the state’s School Administrators Association, co-authored “An Open Letter of Concern Regarding New York State’s APPR Legislation for the Evaluation of Teachers and Principals” which has been signed by nearly 1360 principals opposing the use of standardized test scores to evaluate educators.

Veteran educator Gary Rubinstein, in a recent N.Y. Daily News opinion, talks about flaws he sees in the proposed evaluation system. According to Rubinstein, the way that the system is constructed, although they account for less than half of the evaluation, low student test scores can render a teacher a rating of “ineffective”. Under the new system, an “ineffective” rating for two consecutive years can result in dismissal.

Nationwide, there are general questions around the “value-added” approach, including the issue of reliability of some tests and whether teachers of weaker students can be fairly evaluated based on their students’ test scores.

The National Center on Teaching Quality says that more states are moving to include student test scores in teachers’ performance evaluations.  Teachers we’ve spoken with don’t object to being evaluated, but some question whether tying teacher performance to student standardized test scores is the best way to do it. You can learn more about how your state evaluates its teachers by clicking on your state on Newsday's "State Teacher Evaluation Plans" map.

We want to hear from you, educators and parents:  What do you think is the best way to evaluate teachers?