By the Schools of Thought Editors

We asked for comments on Sam Chaltain's guest post, "When did teacher bashing become the new national pastime?"  and we got more than 700 of them.  Most comments were supportive of teachers, but some commenters thought bashing was justified.  Here are excerpts from a few comments.

Derp said: "'Those who can't do teach.' The absolute stupidity of that comment is immeasurable. Those who 'do' had to have someone teach them how to 'do' whatever it is that they 'do'. "

Ann said:  "How about try roofing and painting for a living in the Mississippi heat. Teachers complain about what their jobs require, and are seemingly oblivious to the fact that their job is cushy compared to a LOT of jobs out there. You teach 1st Grade and you're complaining. Oh give me a darn break already. "

MarileeBob said: "I very much appreciate the teachers I had in school; there was one in particular who made a big difference in my life at the time. I'll always remember the extra time he spent with me, and the encouragement he provided. He made a huge difference in my life and I might not be here today if it weren't for him. Know that you are making a difference in the lives of the children you teach, and try to brush off the criticism the trolls are throwing out."
END_OF_DOCUMENT_TOKEN_TO_BE_REPLACED

NYR: Opinion – Flunking Arne Duncan
Diane Ravitch argues that if U.S. Secretary of Education likes to evaluate teachers, then the public should be able to rate Secretary Duncan's progress. Ravitch offers her report card on the education secretary, and it doesn't include any As for effort.

The Atlantic: Opinion – Why Great Teachers Are Also Learners
Vicki Davis encourages teachers to love learning, because when students see enthusiasm for learning, she says, they are inspired and will want to learn.

NBC4.com: CCS' Unpaid School Lunch Accounts Go Into Collection
Columbus City Schools says it is short a million dollars – from parents who owe the school lunch fund. The district says thousands of parents who owe more than $50 could be hearing from a collection agency if their lunch accounts aren't settled by the end of the month.

9News.com: Girl handcuffed in school for being 'extremely rude'
A Colorado 11-year-old student was handcuffed and transported to a juvenile holding facility for being rude to school officials. Her mother admits her daughter was wrong, but thinks that being arrested was too severe a punishment, while school officials say the incident was handled appropriately. 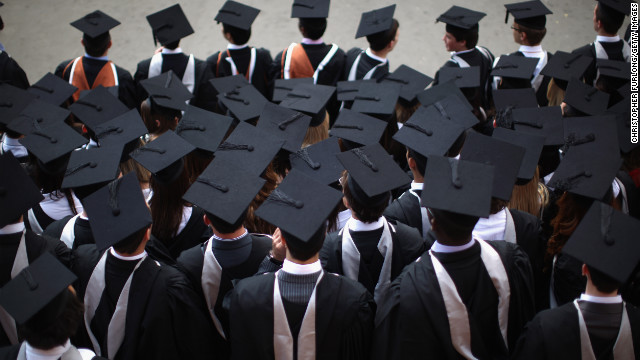 (CNN) – A report released Wednesday by Excelencia in Education revealed the top colleges graduating Latinos in the U.S.

The report titled "Finding Your Workforce: The Top 25 Institutions Graduating Latinos" included information on public, private and for profit and non-profit institutions graduating the most Latino students.

According to the report, Miami Dade College in Florida awards the most associate degrees to Latinos, while Florida International University, the University of Phoenix, and the University of Texas at El Paso each led in two or more academic levels (including associate, undergraduate graduate, and/or doctoral.)

Education Week has a write-up on the report and some of the trends it reveals, including the prominence of for-profit institutions as the top route for Latinos seeking certificates.

Excelencia in Education is a Washington D.C.-based organization advocating academic success for Latinos. According to the organization, Latinos will represent nearly a quarter of the college age population in 2025, but only 7% of Latinos ages 18-24 had an associate’s degree or higher in 2009.