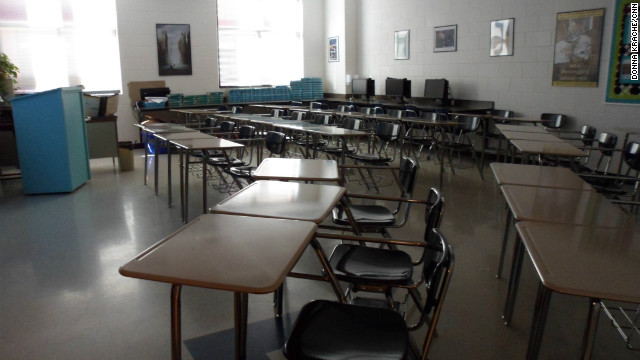 (CNN)  Last Friday, Florida’s state senate narrowly defeated a proposed “parent trigger” bill.  In more than 20 states, legislatures are considering or have taken action on parent trigger bills, which are designed to empower parents to take action on failing schools by firing staff, transferring students or creating a new school.

State proposals and laws vary, but in essence, if a school fails to demonstrate academic achievement among its students according to predetermined benchmarks (for example, test scores), under parent trigger laws, a majority of parents could determine that some or all teachers and administrators should be dismissed and new staff brought in.  Under some state proposals, action by a majority of parents could close the school altogether or hand over management of a school to a private corporation or organization and re-establish the school as a charter school.

Proponents of parent trigger laws say that they empower parents, especially those of students in low-performing schools, to be able to turn schools around and provide their children with the best opportunity for a good education. They say it gives parents an option that they currently do not have. Often these parents lack the means to provide other options, such as a better public school or a private school for their kids, they say.

California was the first state to pass a parent trigger law, in January 2010.  The primary force behind its passing was Parent Revolution, which, according to its website, makes this promise to parents: “Organize half the parents at your children's failing school to demand change, and we will stand with you and empower you to fight for the great school your children deserve.”

Parent trigger bills are usually, but not always, supported by legislators who advocate for school choice. The Florida bill was sponsored by Republican Sen. Lizbeth Benacquisto, who told her colleagues that the law was needed to make sure that "every one of our schools is as great as the schools where your grandchildren go... where your children go."  She added, "We shouldn't rest until every school is at that level."

Some oppose parent trigger bills because they believe that parents are not in the best position to decide education policy. They believe these decisions should be left to elected school boards and local officials. They maintain that the easy part is getting parent signatures on a petition, but after that there is little parent organization to take action on what to do with the school and how to run it. Other opponents of parent trigger laws are against handing over public schools to private corporations, which then turn the school into a charter school and take over its operations.

In Florida, the debate over parent trigger laws has spawned some unusual alliances.  Opponents of the bill included the Florida PTA and some Republican state senators, including Sen. Nancy Detert who called it “an assault on public education” and said it would allow for “privatizing taxpayer buildings.” "The charter people will walk right in and take over our buildings… and I don’t know how you’re going to explain that to our taxpayers,” Detert said in the Orlando Sentinel.

The League of Women Voters and Parents Across America are among other organizations that opposed the Florida bill.

In California, the first state to adopt the law, the trigger has been applied twice.

Last year in Compton, 62% of parents at McKinley Elementary School signed a petition demanding that the school be converted to a charter school when the majority of students there were not meeting state standards in math and reading.  The school challenged the petition, saying that many signatures were not valid. A bitter court battle has ensued, with the California Federation of Teachers calling the trigger law “lynch mob” legislation.

A similar scenario is developing in Adelanto.  A majority of parents at Desert Trails Elementary School signed a petition demanding sweeping changes to the failing school, but the local board unanimously rejected it based on the claim that one-fifth of the parents who signed it have since revoked their signatures.  Parent Revolution says that rescissions are not allowed and the organization is threatening a lawsuit.  The debate there has been contentious, as well.

Other states are watching California to see how these two cases will evolve.