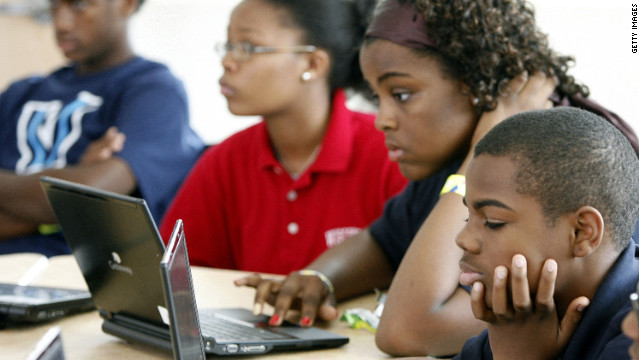 (CNN) - The U.S. educational system is facing “a national security crisis,” an independent task force from the Council on Foreign Relations warned in a report Tuesday.

“America’s failure to educate is affecting its national security,” said the Independent Task Force on U.S. Education Reform and National Security, which the council launched last year to focus on the problems in K-12 education.

Joel Klein, CEO of News Corp.’s education division and former chancellor of New York City’s school system; and former U.S. Secretary of State Condoleezza Rice, now a professor of political economy at Stanford University’s graduate business school, served as chairs for the task force. Klein and Rice joined a discussion Tuesday about the group’s report at an event in Washington.

Problems in education could undermine the country’s cohesion, the two warned.

“The great American narrative is that it doesn’t matter where you came from,” Rice said, citing the role of education as “one of our cultural democratic institutions” that must be able to deliver opportunity for all.

Klein pointed to a climate of divisiveness among Americans. “There’s a feeling that ‘the rest of us’ are not getting ‘our fair shot at the American Dream,’ ” he said. Since Americans do not share a religion or a culture, education is part of the glue that holds the country together, but many aspects of the current model are not working, Klein said.
END_OF_DOCUMENT_TOKEN_TO_BE_REPLACED

CBSDenver: Garfield Re-2 Schools to Get Permanent 3-Day Weekends
Facing its 4th year of budget cuts, the Garfield School District Re-2 School Board has voted to reduce the school week to four days. The move will affect ten schools in the district.

Fox8.com: Elementary School Students Hurt in Wild Food Fight
Dozens of students reported injuries and eight were taken to the hospital after a lunchtime food fight breaks out in the cafeteria of a Cleveland elementary school.

KETV.com: Teen Surprised Teammates After Recovering from Coma
A high school wrestler who was in a coma after a car accident surprises his teammates and walks into their awards banquet.

NYTimes: Spring Break Gets Tamer as World Watches Online
They’re still heading to beaches for Spring Break, but today’s college crowd is very aware of the consequences of possible appearances on social media.

Washington Post: The Answer Sheet: How retaking the SAT changed prep tutor’s view
A test prep tutor takes the SAT and passes on some of what she learned from the experience. 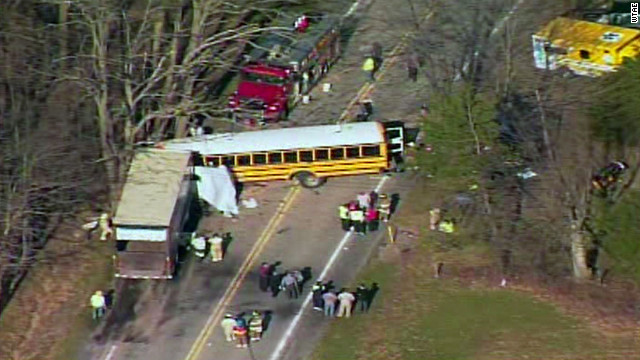 How safe are school buses?

(CNN) It’s a question many Americans have in light of several high-profile bus wrecks from Missouri to Pennsylvania.  And if you ask the National Highway Traffic Safety Administration (NHTSA) how safe school buses are, you’ll find its answer is a superlative: School buses are the safest method for transporting students to and from school.

For perspective, while more than 30,000 people are killed in traffic crashes every year, six school-age children die as passengers in school buses annually.  Of course, the NHTSA – and all of us – want the numbers to be zero.  But it shows you how school bus crash fatalities are relatively rare when compared to traffic fatalities as a whole.

Still, questions remain about why there aren’t safety belts on school buses.  They’ve been required on passenger cars since 1968, but the government doesn’t feel they’re needed on school buses for several reasons.

For one thing, large buses behave differently in crashes than the cars we drive.  What passengers feel during a school bus accident is likely to be significantly less forceful than they do during a car accident.  The government also points to compartmentalization as an effective safety measure:  The high-backed, cushioned seats we used to ride in continue to protect passengers in frontal crashes.

But seat belt advocates say current safety measures are not enough.  The National Coalition for School Bus Safety says the study that the government cites for its data is dated and inadequate.  For one thing, seven out of 10 “real world” accidents are not frontal, according to the coalition.  And when it comes to side-impact and rollover accidents, the NCSBS says compartmentalization is less effective – and that seat belts are essential to saving lives.

Like many school-related issues, the federal government allows states and districts to set the rules when it comes to seat belts on school buses.  One downside is cost:  Buses with built-in seat belts are more expensive.  And at a time when school systems are looking for ways to cut costs – in some cases, cutting some school bus routes themselves – it’s not likely you’ll see an uptick in the number of buses with seat belts.