My View: Helping students overcome their fear of the unknown 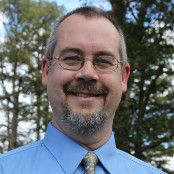 By Todd Rackowitz, Special to CNN

Editor’s Note: Todd Rackowitz teaches math in the Charlotte-Mecklenburg school system. A National Board Certified Teacher since 2001, he is a member of his district’s mathematics leadership team as well as the Center for Teaching Quality’s team for Implementing Common Core Standards. You can follow Todd on Twitter @TRackowitz.

I have been teaching for 19 years and, like most teachers, have learned more from my experiences in the classroom than by any other means. As a new teacher, though, I had fewer resources to lean on. When I started my teaching career at a dropout prevention school, I drew on my experience of teaching swimming lessons during my summers in high school. I quickly learned that the students at this school weren’t at risk of dropping out because they hated school; they were at risk because of their fear of school. Like the group of swimmers I had taught years before, it wasn’t that they didn’t like the water; it’s that they were scared of it.

Below are some practices I learned from teaching swimming lessons that I have found useful when teaching at-risk students (and students who are just intimidated by math).

1. Let students be the experts.

To deal with young swimmers’ fear of water, for the first few days, I spent the one-hour lesson sitting with the 4- and 5-year-olds in the baby pool. We splashed, we played, but mostly, we talked. We talked about what they did the night before, what they had for dinner, what toys they liked and all sorts of stuff that interested them. Sometimes I would share what I knew about the topic, but for the most part, I listened and let them teach me about what they liked. They were the experts, and I was the student.

Throughout the process, I encouraged them to get their faces wet, blow bubbles and hold their breath under water, skills that would help them become better swimmers. I never required them to do something they were not ready to do. And no matter how they did, I smiled at them when they left and let them know I looked forward to seeing them the next day.

This is the approach I took into the classroom when I first started teaching. Learning math and swimming might be completely different skills, but they often involve conquering similar fears. By building relationships and trust, I was able to alleviate some of those anxieties. Not forcing students to do what they are not ready for and working with them at the place they are makes them better math students in the long run.

2. Before diving in, give them a tour of the deep end.

After a few days, the lesson moved to the regular pool. For some, the transition was quick, while others stayed in the baby pool much longer. I would introduce the swimmers to the regular pool by giving them a ring-buoy ride around the pool and even into the deep end for the ones who wanted.

All the while, we talked, but now the conversation was more about learning to swim and a little bit about the things they liked. These chats let them know that I had listened to them and cared enough to remember what they had said. During the ride, there were no surprises and nothing forced. The same method works in the classroom. You can deepen students’ trust by introducing them to what they are going to be doing in the future and what will be expected of them.

3. Support them until they’re ready to let go.

The next goal of the swimming lessons was teaching my students to kick, pull, put their faces in the water and float on their backs. Floating on their backs was hard, but I would hold them up until they got settled and then gradually let them float on their own.

Once they had the basics, they moved up to a new swimming group with new instructors. They learned new strokes and improved their techniques. And nothing felt better than having former students find me at the pool to show me what they had learned or telling me at a swim meet that they just swam a personal best.

In the classroom, I scaffold the lesson so the students have that support to begin with. Then I gradually take it away. With their trust and my encouragement, they are able to learn the basics.

Students will move on to new teachers and new levels, but the relationships you build and the fundamentals you teach will stay with them forever. When working with at-risk students, I’ve always said that they know how to fail; we need to teach them how to be successful. Such an approach has led to former students’ contacting me, years later, to say that they enjoyed my class and that they are doing well.

The opinions expressed in this commentary are solely those of Todd Rackowitz.