My View: Don't ever judge someone by their paycheck 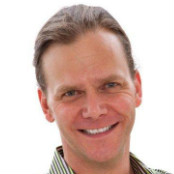 By Taylor Mali, Special to CNN

Editor’s Note: Taylor Mali spent nine years in the classroom teaching everything from English and history to math and SAT test preparation. He is an advocate for teachers and speaks at education conferences and teachers’ workshops.  His book, “What Teachers Make: In Praise of the Greatest Job in the World,” will be released on March 29.

“Empty pockets never held anyone back. Only empty heads and empty hearts can do that.”– Norman Vincent Peale, American minister and author

On one level, my new book, “What Teachers Make: In Praise of the Greatest Job in the World,” is an explication and expansion in prose of a piece of writing that first came to me in the form of poetry.

At a New Year’s Eve party in 1997, a young lawyer managed to insult me and the entire teaching profession by essentially saying that no person dumb enough to want to be a teacher should be allowed to actually become a teacher. The poem I wrote in the weeks that followed, "What Teachers Make," is the response I wish I had been smart enough to give to the lawyer at the party.

The simple truth is that you should never judge another law-abiding person. Ever. Of course it’s human nature to make comparisons between ourselves and others just to see how we think we measure up, but such comparisons inevitably lead to feelings of jealousy when we think ourselves inferior and feelings of contempt when we feel superior. OK, fine. Just stop right there and keep those feelings to yourself.

Everyone is different. You might try to walk a mile in someone else’s shoes, but even then you’ll never know what it has been like to be them for their whole life, what their childhood was like, what struggles they had with their siblings and friends. What life of poverty or opulence they came from, or how great is their capacity for love, the history of heartbreak they carry around their necks like a cinderblock on a gold chain, the sheer firepower of their intellect or the hours and hours of hard work they are willing to put to the service of their vision of the future. How dare you judge from a place of such ignorance?

My father was a wise man, and I remember two things he told me about money.

The first was never to talk about money with anyone who makes more than you or less than you, which basically means money is not something you talk about with anyone.

The second had less to do with money and more to do with respect; he told me never to belittle anyone who works for a living no matter what they do so long as their job doesn’t hurt anyone else.

In his mind I think he was picturing breakfast waitresses, janitors and toll takers, certainly not teachers. Who would belittle a public servant for the size of their paycheck!? He died before I became a teacher, but I know he would have been proud of me. He held teachers in the highest regard. And I have no doubt that had he been there that night, he would have politely explained that only a mean-spirited ingrate lacking in simple human charity would say such a thing. A part of me wishes that had been my response, too, instead of a poem.

It is, of course, only a minor consolation that in the future, when we finally realize that there is no more important responsibility we can undertake as a society than the education of our children, that those who followed the calling to become teachers now, when the profession is not respected or supported, may come to be seen as martyrs.

Teachers, you do make a difference. And many of us know that you make decisions about what to do in life from a place inside your hearts. And although those decisions sometimes hurt your bank account balances, I swear to you they do wonders for your heart.

The opinions expressed in this commentary are solely those of Taylor Mali.