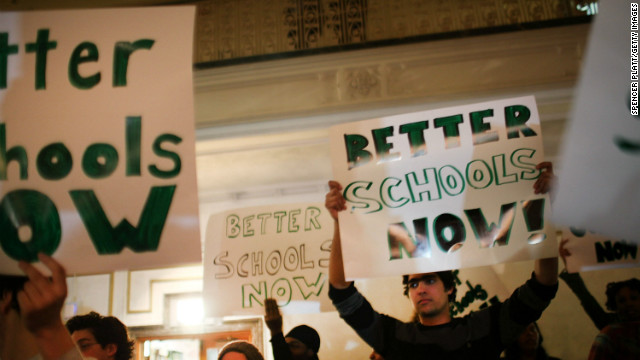 My View: How much parent power is too much?

Editor’s Note: Sam Chaltain is a Washington-based writer and education advocate. He can be found on Twitter at @samchaltain.

Should parents who are unhappy with their local school have the power to replace the entire staff, turn it into a charter school or shut it completely – even if just 51% of the school’s families agree?

It’s an enticing, polarizing proposal, the so-called “parent trigger.” It’s also now a law in four states and the subject of debate in scores of others. But is it a good idea? In the end, will parent trigger laws help parents more effectively ensure a high-quality public education for their children, or will they result in a reckless short-circuiting of the democratic process itself?

The answer, of course, is “it depends,” and what it depends on is the way parents and communities go about evaluating the quality of their neighborhood schools – and, when necessary, deciding on the most constructive path forward.

Here’s what we know: having more parents more directly engaged in the education of their children is a highly desirable goal. If teachers are the incremental x-factor to a student’s success in school, parents are the exponential p-factor to their child’s success both in school and in life.  So I’m for anything that has the chance to help parents better understand what great teaching and learning really looks like – and requires.

We also know that for far too long, a family’s ZIP code has determined their child’s access to the American dream, and too many neighborhood schools have failed to inspire and elevate the passions and possibilities of the students they serve. So I’m also for anything that gives poor families better choices when it comes to where their child goes to school.
END_OF_DOCUMENT_TOKEN_TO_BE_REPLACED 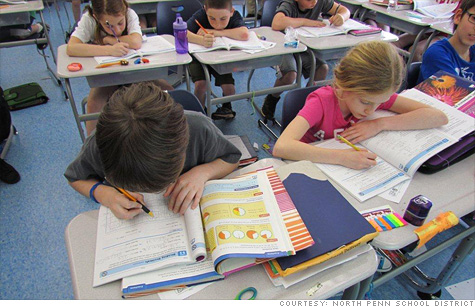 NEW YORK (CNNMoney) - Don't tell school districts that the economy is picking up.

Many are still too busy figuring out how they are going to teach their students with diminished resources.

More than eight in 10 districts say they are inadequately funded, and more than half anticipate a decrease in state and local revenues for the coming school year, according to a recent survey from the American Association of School Administrators.

Even in districts where state aid is stabilizing, local funding is shrinking or costs are rising faster than revenues. Many are only now feeling the effects of the housing bust as towns lower property assessments, which affects the property tax revenues that many schools depend on.

Beginning with exams taken in September, students will have to submit a photo of themselves when they apply for a test. That photo will be printed on the student's test admission ticket and the roster provided to proctors at testing sites. Testing staff will compare the submitted photo to a photo ID and to the student in person at the testing site.

Photo checks will take place when the student arrives at the testing site, during breaks and when tests are handed in.

Student photos will also remain in the testing databases and be checked again by high school counselors and college admission officials once scores are calculated and submitted.

The new rules were announced at news conference in Nassau County, New York, where 20 people were arrested last fall in a SAT/ACT cheating scandal.

My View: A model for addressing college costs 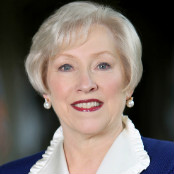 Editor’s Note: Nancy L. Zimpher is the Chancellor of the State University of New York, the nation’s largest comprehensive system of higher education.

College costs are exploding. Last fall, U.S.public four-year colleges increased tuition by more than 7%. Combined with severe cuts in state funding, university systems are scrambling to get a hold of skyrocketing costs. Worse, more than half of students earning bachelor’s degrees at public colleges – 56 percent – are graduating with $22,000 of debt, on average.

The sharpest tuition increase – 21 percent – took place last fall atCalifornia’s public colleges and universities, where one in 10 of the country’s four-year public college students are enrolled. Arizona and Washington fell in just behind the Golden State, increasing tuition by 17% and 16%, respectively.

This year, an especially bleak financial outlook in Pennsylvania has spurred talk of privatizing public universities.

This full-blown crisis in higher education is being felt by students in virtually every state inAmerica, except for ours in  New York. Here, we’ve solved our revenue problems and kept tuition in check by implementing a five-year rational tuition policy and earning a commitment from Gov. Andrew Cuomo and legislative leaders to be held immune from state budget cuts. Not bad for world-class colleges and universities located in one of the most expensive areas of the country.

Don't get me wrong, State University of New York students will see tuition go up. But unlike other states, where students can get hit with sharp tuition increases without warning, there will be no surprises in New York. We have given our students the benefit of knowing how much tuition will increase year to year, for the duration of their time on campus. And we’ve told them this even before they apply. Importantly, our plan also maintains access for New York's neediest students by dedicating the first 25% of new revenue for those receiving the maximum state aid. And 40% of our students are graduating without carrying any loan debt.
END_OF_DOCUMENT_TOKEN_TO_BE_REPLACED

Education Week: Arne Duncan: Newspapers Shouldn't Publish Teacher Ratings
U.S. Secretary of Education Arne Duncan supports including "value added ratings" – which are based on student test scores – in teacher evaluations. Duncan says he's just not a fan of publishing those ratings in the local newspaper; which both the Los Angeles Times and New York Times have done recently.

WSBTV: Alpharetta student sues over prom changes
Reuben Lack is asking a federal judge to reinstate Lack as his metro Atlanta school's student body president . He says he was dismissed for proposing a "Prom Court" that could include gay and lesbian students; a school spokeswoman says Lack, "failed to complete his responsibilities according to set bylaws."

Pix11: New Jersey Middle School Bans Hugging
A New Jersey principal has outlawed hugging at his middle school. Some students are perplexed at the new rule but the district's superintendent says that excessive hugging led to the ban.

WQAD8: Four girls start business to buy therapy dog
Four fifth grade girls start a dog walking business. Their teacher's daughter has a disabling genetic condition, and the girls hope to raise the $5,000 to $15,000 for a therapy dog.

Steve Perry explains why he thinks that the Trayvon Martin shooting is a "teachable moment" for American students.

Report: Test cheating may be widespread

The seven-month long investigation of testing data examined 1.6 million records from almost 70,000 public schools nationwide. Suspicious score increases, high numbers of erasures and other irregularities were uncovered in about 200 school districts.  The indicators found were similar to those discovered in Atlanta Public Schools, says the AJC.

The Atlanta Journal Constitution has broken news before about test cheating.  In 2009, the paper reported “statistically unlikely” test score gains at some Atlanta schools.  A state review determined that some cheating had occurred in more than half of the district’s elementary and middle schools.  About 180 teachers have been implicated in the scandal.

So far, one teacher, Damany Lewis, has admitted to cheating and been fired. Other educators suspected of cheating who have not accepted a “resign or be fired” deal are being brought before a tribunal to hear their cases and determine what actions will be taken.

Former University of Georgia Chancellor Dr. Erroll Davis was named interim superintendent of APS last year. He replaced Dr. Beverly Hall.  Hall resigned in June 2011 after 11 years as the head of APS. She was the recipient of praise and awards for her role in the district’s increased graduation rates and higher test scores.

Officials from APS and the Georgia Bureau of Investigation are still investigating what has become known as the “biggest cheating scandal in American history,"  but according to the AJC, Atlanta is not alone in its testing irregularities.
END_OF_DOCUMENT_TOKEN_TO_BE_REPLACED

Inside Higher Ed: Big tuition hikes at private colleges complicate affordability picture
When the recession hit, American families actually paid less for their children's college expenses as they looked around for more affordable options. As a result, some private schools have issued tuition freezes for 2012; but a few elite private universities, Dartmouth and Princeton among them, are bucking the trend and raising tuition at percentages greater than the inflation rate.

Mind/Shift: Building Good Search Skills: What Students Need to Know
Most students have limited search skills, honed by their use of free search engines to scour the Internet. Some people say that other types of search tools – scholarly databases, for example – have to become easier to use, and that students need to be taught effective search techniques.

New York Times: Ban Lifted, R.O.T.C. to Return to Harvard’s Campus
Now that "Don't Ask, Don't Tell" has been lifted, Harvard University will soon open an Army Reserve Officers Training Corps office on campus, provide space for classrooms and training, and cover the program's administrative costs. The prestigious university first banned R.O.T.C. programs during the Vietnam War. That ban remained in effect until recently as a protest against military policy that prohibited gays and lesbians from serving.

Al.com: Fences, guns and guards: Mobile County school board considers ways to stop guns at school
In the wake of a recent high school shooting, Mobile County's superintendent is looking into building fences and installing metal detectors on campuses. Some lawmakers are pushing to change an Alabama law that bars resource officers from carrying guns.