Weingarten: The importance of showing 'Bully'

American Federation of Teachers president Randi Weingarten talked to Soledad O'Brien about the importance of screening the documentary "Bully".

Watch the second part of the interview:

22News WWLP.com: Teacher fired for Trayvon support?
A former Michigan teacher claims she was fired for organizing a fundraiser to support Trayvon Martin's family. The district's superintendent say she can't comment on the rationale behind the firing, but says that the teacher's claim isn't true.

SFGate: Demystifying math could ease anxiety
A Stanford study on brain activity suggests that the fear of math may be as real as other phobias. The researchers say phobias are treatable, so math teachers could incorporate techniques that help students understand the reasoning behind calculations to reduce anxiety.

Education Week: UConn's Academic Appeal Denied, Now Ineligible for 2013 Postseason
The NCAA's stricter graduation standards for teams to play in the postseason could leave the University of Connecticut, the 2011 men's basketball national champion, off of next year's March Madness brackets.

Sun Sentinel: Florida colleges fear boost in high-tech cheating
College officials in Florida are finding that students aren't just using new technologies to learn – they are using smartphones and the Internet to cheat.

AZFamily.com: Alice Cooper rocks Paradise Valley School Board meeting
Alice Cooper didn't appear in front of his local school board to explain the lyrics to his song "School's Out"; instead he announced a much-needed grant for musical instruments through the The Mr. Holland's Opus Foundation. 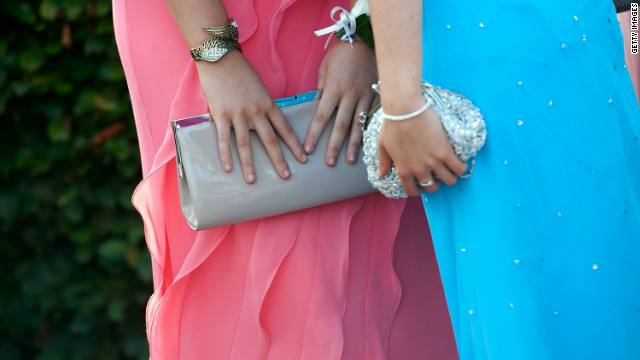 (CNN) It could be the only time you wear a tux outside of a wedding.  Dinner somewhere is expected and trouble attaching a boutonniere is a given.  The limo is optional.  But a Breathalyzer - at least at some school proms this year - will be mandatory.

When students from Cedarburg High School in Wisconsin show up to prom on April 20, they’d better be sober.  Officials at the dance will be randomly selecting students to take a Breathalyzer test before they can get in.  Doors are not open to drinkers.

The idea might have come from nearby Germantown High School.  Its students who show up to school-sponsored events with alcohol on their breath could ultimately be expelled.  And testing at Germantown events isn’t based on someone’s suspicions about whether a student looks drunk.  It’s in the chips:  Students are offered a bag containing poker chips, between 25-45 percent of which are marked.  Draw a marked chip, take a Breathalyzer.

Germantown Principal Joel Farren, who was quoted in the Milwaukee-Wisconsin Journal Sentinel, says it’s “not about us trying to ‘get’ the students.  It’s about us telling them:  ‘Don’t do it here. This is a learning environment.’”  Farren added that parents love the policy.
END_OF_DOCUMENT_TOKEN_TO_BE_REPLACED