My View: The other types of cheating 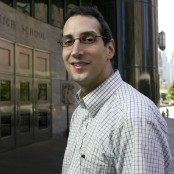 By Gary Rubinstein, Special to CNN

Editor’s Note:  Gary Rubinstein is a high school math teacher and the author of two guidebooks for new teachers, “Reluctant Disciplinarian” and “Beyond Survival.”  He is also a two-time recipient of the Math for America Master Teacher Fellowship. He blogs at http://garyrubinstein.teachforus.org

In a recent investigation, the Atlanta Journal-Constitution analyzed data from nearly 70,000 schools and found indications of standardized test cheating in as many as 200 districts.  When a school tampers with standardized tests, certain people benefit while others suffer.  The principal of the cheating school might get a bonus, while the honest school might get shut down.

Though test tampering is bad, I have examined eight other common types of cheating for my blog that I believe are even worse.

In my opinion, a huge cheat that would cost nearly nothing to fix is the way some charter schools claim they get miraculous results with the “same kids” as the “failing” public schools down the road.  Studying the newly released New York City teacher data reports,  I found strong evidence that some charters in New York have incoming students who are a bit above average.  Not only that, but the improvements achieved with those students were also merely average. This cheat helps some charter school CEOs get rich, but that money comes at the expense of the public school that unnecessarily loses its funding.  All schools should have to accurately publish information on their incoming students, including prior academic achievement.

Another big cheat is the amount of money and power certain self-dubbed “education reformers” have obtained by claiming, quite confidently, though with no actual proof, they “know” what will improve education in this country.  When their solutions of shutting down schools and firing teachers (“choice and accountability”) only make things worse, they claim that they haven't gotten a chance to finish their experiment yet.  Since they love accountability so much, they should define clearly what their success will look like, and if they don't achieve it quickly, they should fire themselves.  A good example is the leadership in New Orleans, where they changed the definition of “failing school” so they can claim that before Hurricane Katrina, 62% of students attended “failing schools” and now only 13% do. According to the Louisiana Department of Education, even with all the spin on New Orleans numbers, the schools in the New Orleans Recovery District are still 69th out of 70 districts.

Washington is another place where reformers claim success, yet it continues to have the largest achievement gap between black and white students in the country.  According to the most recent Nation’s Report Card Trial Urban District Assessment, D.C.’s 64 point gap for fourth grade reading is more than double the national average for other big cities.

It is a cheat when these same reformers trivialize the need to reduce poverty by decrying “poverty is not an excuse” and that, as Secretary of Education Arne Duncan recently said in a speech at Harvard, "I want to underline that great schools and great teachers are the most effective anti-poverty tool of all.” This is a claim that Duncan has yet to prove.

In an interview with the National Education Association in 2009 he said, “I see extraordinary high-performance schools where 95% of children live below the poverty line, where 95% are graduating, and 90% of those who graduate are going on to college.”  After it was revealed that there were no such schools, Duncan has changed his metric for success to the more modest, but equally deceptive, “double-digit increases” in state test scores.

It is a cheat when a program like my own alma mater, Teach For America, promises to provide struggling schools with “properly trained” teachers and, instead, only enables some trainees to student teach classes with under 10 students for a total of 12 hours.

It is a cheat when states, in order to receive federal money, agree to make 50% of a teacher's evaluation based on whether that teacher's students meet what a computer predicts those students should get on the end of the year test.  In analyzing recent New York City data that was released to the media I found that many middle school teachers, by these metrics, were evaluated as “highly effective” while teaching one grade and “highly ineffective” while teaching another grade in the same school year.

It is a cheat when teachers lose their jobs because reformers declare, without any proof, that the biggest problem in education is the significant percentage of teachers who are unable or simply unwilling to do a good job.  In December, New York Mayor Michael Bloomberg revealed how much he believes this when he said in a speech at MIT that if he could he would “cut the number of teachers in half, but you would double the compensation of them, and you would weed out all the bad ones and just have good teachers. And double the class size with a better teacher is a good deal for the students.”

Having taught at three “failing” schools, I know that the average teacher at these schools was doing a good job under difficult conditions.

A huge cheat is charter school networks that “lose” 50% of their students and then boast score increases and college acceptance rates.  One example is the Chicago charter school called Urban Prep.  For three consecutive years it has boasted that 100% of its seniors were accepted to college. What it fails to honestly acknowledge is though there were 85 seniors accepted to college in the newest class of 2012, three years earlier there were 179 freshmen, according to the Illinois State Board of Education. Even considering that some of those 179 freshmen were repeaters and the possibility that some of them will take five or six years to graduate, this is still a stunning rate of attrition. Though these attrition rates are easily found, nobody seems to care and these organizations continue to be showered with private and federal money.

The biggest cheat of all is the most common: teaching to the math and reading tests at the expense of science, history, music, art and even recess.  When the existence of a school depends on these narrow measures, teachers are compelled to “play the game” to keep their jobs and to keep their schools open.  As a result, we get a generation of students who lack the ability to think critically and creatively.

Ironically, these other types of cheating, while more destructive than test tampering, are actually much easier to detect and easier to prevent.  My hope is that this recent report will lead journalists to more aggressively investigate these other forms of cheating.

The opinions expressed in this commentary are solely those of Gary Rubinstein.