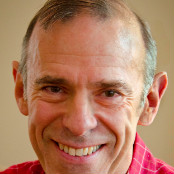 By Tony Wagner, Special to CNN

Editor’s note: Tony Wagner is the author of “Creating Innovators: The Making of Young People Who Will Change the World.” He is the first innovation education fellow at the Technology and Entrepreneurship Center at Harvard and the founder and former co-director of the Change Leadership Group at the Harvard Graduate School of Education. You can follow him on Twitter @drtonywagner.

Policymakers and educators alike talk about all students having to be "college-ready," and many business leaders believe that America's economic future depends on more students taking courses in science, technology, engineering and math. However, it is clear to me that the more important goal is for all students to graduate from high school or college "innovation-ready," and merely requiring students to take more of the same kinds of classes will not be adequate preparation. To meet this ambitious goal, both parents and teachers must work to develop children’s curiosity and imagination, teaching them the skills and dispositions that matter most.

For my latest book, “Creating Innovators: The Making of Young People Who Will Change the World,” I interviewed scores of highly creative and entrepreneurial young people to understand the most important influences that enable someone to become an innovator. I also talked with their parents and the teachers and mentors whom they told me had made the greatest difference in their lives. Finally, I interviewed younger children’s parents who also had successful careers as innovators and entrepreneurs. Shifting through all of this data, I discovered some fascinating patterns of parenting and teaching associated with "creating" a young innovator.

Traditional "helicopter parents" indulge their children's every whim, while hovering and protecting them from adversity. By contrast, "tiger moms" - derived from the title of Amy Chua's 2011 best-seller - demand perfection and threaten to give away their children's most precious toys when they cannot play a piano piece perfectly. These two seemingly different approaches to parenting have a common goal: Both are trying to manage their children for "success"– conventionally defined.

Yet merely sending your child to the "right" schools and ensuring that they get good grades are no longer guarantees of success. More than a third of all recent college graduates are living at home today - either unemployed or underemployed. It is increasingly clear that young people who have developed a capacity to be innovative and entrepreneurial - who have the interest in and capability to create their own jobs - will have the most satisfying lives and rewarding careers in the future. Innovation is the skill in greatest demand in the workplace today and is the one least likely to be outsourced or automated.

The kinds of childhood play that these parents encouraged was often unstructured and self-initiated. They brought their children fewer toys - and only ones that encouraged more creative play, such as Legos, versus video games and took them to fewer after-school lessons. These parents also limited screen time - often watching only a few hours a week of TV together as a family and keeping a close eye on computers that were strategically placed in a family area rather than in their children's rooms.

While not overly structuring their time, nevertheless parents of young innovators created a buffet of opportunities for their children, allowing them to explore different sports and musical instruments as well as other activities such as scouting. Love of learning and developing genuine interests were more highly valued by these parents than becoming an excellent athlete or musician. Parents of young innovators understand that the wellspring of perseverance and self-discipline essential for mastery is best developed through the pursuit of a passion, but that children's passions often evolve, and that children should not be pushed to continue to pursue activities that no longer interest them.

All of the parents whom I interviewed talked with their children about "giving back" and modeled this behavior as well. As a result, every one of the young innovators whom I spoke to was pursuing more than just a passion - but rather a deeper sense of purpose in their work: Creating better and more affordable Third World technologies; exploring green energy sources and manufacturing processes; preserving endangered wildlife; igniting children's passion for science; organizing new community-based learning opportunities; mentoring disadvantaged adolescents - these were just a few of the projects the young innovators whom I talked to have initiated.

The schooling of these young innovators was often more problematic. Most learned to innovate in spite of their schooling - not because of it - including those who went to some of the "best" colleges.

However, the majority of the young people whom I interviewed could name at least one teacher who had made a critical difference in their development. In interviews with these remarkable teachers, I discovered that they, too, reinforced the intrinsic motivations of play, passion and purpose, while teaching students to work in teams, take risks and learn from failure.

Kirk Phelps, who became a product developer for Apple's first iPhone, said that he learned the skills he needed most in classes taught by an outlier at Stanford, Ed Carryer, who requires his students to solve problems in teams through interdisciplinary projects. Carryer's goals as a teacher, he told me, are to "empower" his students to be able use what they know - not merely regurgitate it on a test - and to motivate them with assignments that have a strong element of "whimsy."

Amy Smith, another outlier teacher, takes a similar hands-on approach to her sequence of courses on Third World sustainable development at MIT, where, for homework, students grind corn three different ways or make charcoal. One of her graduates whom I profiled in the book, 23-year-old Jodie Wu, is now CEO of her own company, Global Cycle Solutions, inTanzania.

Not every young person will become another Steve Jobs, but the majority of our young people can learn the skills required to bring more innovative approaches to whatever they do. How parents and educators raise and teach the next generation could make all the difference.

The opinions expressed in this commentary are solely those of Tony Wagner.