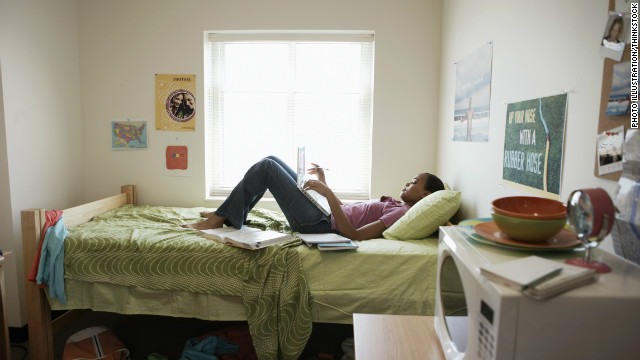 (CNN) It’s that time of year when colleges and universities send out acceptance letters. For prospective students, the euphoria of knowing where they’re heading for that first taste of independent living may be mixed with some anxiety about whom they’ll be living with.

How do I pick a roommate? What if we don’t get along?

Have no fear! The Schools of Thought blog is here with some college roommate survival tips.

Tip #1 – Get started early
Wesley Pickard works in the Residence Life and Housing office at Emory University in Atlanta. “Every university that has a good housing department is going to make roommate-finding software available to students,” Pickard says. “The onus is on the student to take advantage of that.” He says incoming freshmen who aren’t pro-active in the process are often the ones who end up having roommate problems.

Tip #2 – Best friends AND roommates? What could go wrong?!?
A lot. Deciding to room with someone you already know can have its benefits. It’s a built-in support system in an unfamiliar environment. But being friends with someone and LIVING with them are often two completely different situations. If you think you can weather the ups and downs, great. If not, you might want to consider rooming apart in order to keep the friendship together.

Tip #3 – Know yourself
Are you more likely to wake up at 6 a.m., or stay up until 6 a.m.? Do you like to tidy up or are you more of a slob? No one says you and your roommate need to be exactly alike in all of your habits, but owning up to your own tendencies can help avoid conflict. “It’s really important for students to be self-aware, which is hard when you’re talking about high school seniors,” says Pickard. “If they have extreme aspects to their lifestyle, whatever that may be, it’s important to find students who share that, or look into a single room.”

Tip #4 – Distribution of goods
Do not – I repeat, DO NOT – get to move-in day without having corresponded with your roommate, especially about which shared items each of you is bringing. You may think this sounds trivial. Wait until you both show up to a dorm room the size of a postage stamp having each brought your giant TV and stereo system. Or worse yet, NEITHER of you brought a TV or stereo system.

Tip #5 – It’s all a learning experience
College is about experiencing new things, and one of those is living on your own for the first time. Ultimately, there’s no way to guarantee whether your first college roommate will become a lifelong friend or a year-long nightmare, but according to Pickard, “when a student does a lot of work on the front end, it generally works out for the better.”