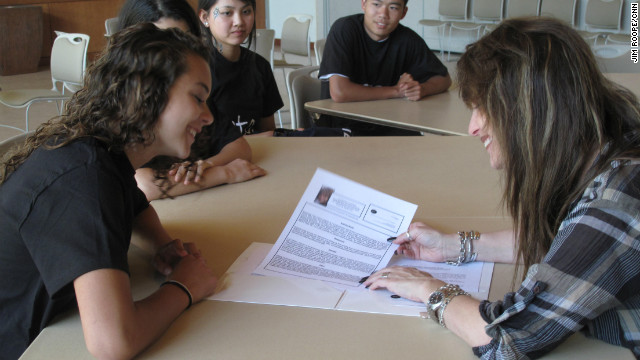 This lack of fundamental communications skills, she believes, is a result of texting technology. It can hurt teens, she says, as they interview for jobs or college.

"We teach them resume writing, interviewing, public speaking, marketing, broadcast news writing, public relations and media relations," said Kelman. "They're going to have to communicate in the real world and that's part of the reason I developed the program is so that they could."

According to a recent study by the Pew Research Center, teens are twice as likely to communicate with their friends by text every day than calling them on the phone.

Ron Ye saw a flyer about Enhancing Teen Communication and brought his 17-year-old son Zack to check it out.

"You never really get a second chance to make a first impression," Ye said.

"Learning how to communicate with the world, learning how to get yourself out there and...for instance, applying for a job. She taught us how to do that," said Ye.

California's unemployment rate is still among the highest in the nation at just under 11-percent and in this state, the jobless rate for teens, 16-to-19-years-old, is 34-percent.

Kelman hopes the first 28 teens in her program should have an advantage when going out for job interviews. She has secured a copyright for her program and hopes to make it a business as the number of texting teens is growing.