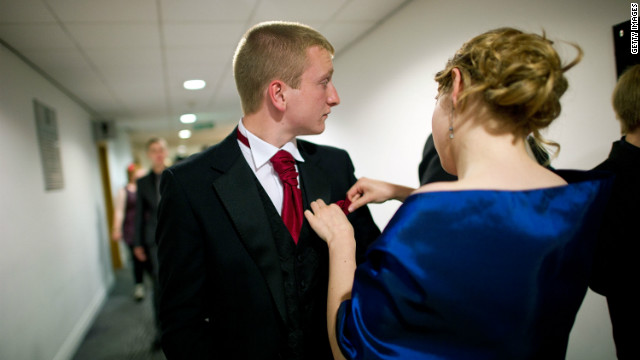 But the statistic that Visa describes as “troubling” is how prom spending differs by family income. In general, the lower the income bracket, the more Americans are likely to spend on prom. For parents who make more than $75,000 a year, for example, prom spending averages about $850. For those making between $20,000 and $29,999, average prom spending leaps to $2,635 – the most of any income bracket.

What’s not surprising is that parents are covering most of the cost, according to the survey: They’re paying for 61 percent of the date, while their teenagers are putting up about 39 percent.

There are a number of ways to keep costs well below that $1,000 mark, though. Andrea Woroch, a consumer savings expert, suggests a good starting point for young ladies could be renting the dress. (And honestly, when and where else are they ever gonna wear it?) Other suggestions include splitting the cost of the limo with other students, though some can simply drive themselves, and combing the web for do-it-yourself hairstyling tips.

Visa adds a suggestion that coincides with Financial Literacy Month: Set a budget with teenagers and encourage them to stick to it. An effective way to do this is to mandate that anything over budget be paid for by the prom-goers.