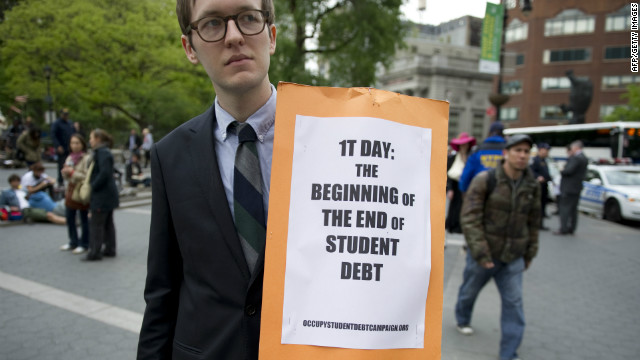 (CNN) - The threat of increasing loan rates on future college students has become the newest political cudgel. It shouldn't be. Lowering interest rates on subsidized student loans does little to address the real problems of higher education: rising tuition costs and diminishing returns.

First, let's remember how we got here. After taking back control of Congress in 2007, then-Speaker Nancy Pelosi passed legislation that temporarily lowered the interest rates on the federally subsidized Stafford Loans from 6.8% to 3.4%. The extension would last until July 2012, when the rates double to 6.8%, partly as a budget trick to offset the original costs.

The Washington Post's editorial board called the whole ordeal "a campaign gimmick that Democrats cooked up to help them retake Congress in 2006. ... It's expensive, it's poorly targeted and it diverts attention and money from bigger problems facing federal support for higher education."