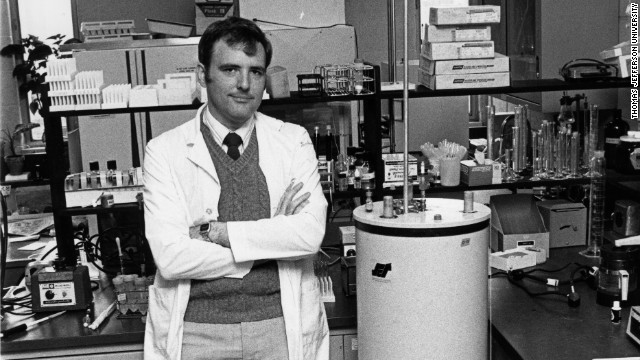 Exploring the universe in high school 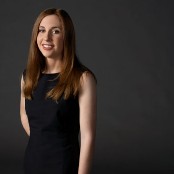 Editor’s Note: In honor of Teacher Appreciation Week this week, we’re asking our colleagues at CNN to share their stories of teachers who have inspired them.  Elizabeth Landau is a writer/producer for CNN.com.

Last week, on the occasion of my 10th high school reunion, I caught up with some of the teachers who motivated me to become a better thinker and more confident person over the years. But the science corridor of the Shipley School in Bryn Mawr, Pennsylvania held a special sadness for me as I thought about a teacher who is no longer there, and to whom I would love to be able to say: “Guess what? I write about science for CNN!”

When I was 16, I had no idea what I was getting into when I signed up for physics with Charles Owen – I’d merely chosen it over biology for my junior-year science elective because the idea of frog dissections grossed me out. But physics felt natural to me, and exciting. Dr. Owen explained, with demonstrations and thoughtful diagrams, how aspects of the universe such as momentum, acceleration and gravity could be described with formulas. I was simply amazed that, in the absence of air (in a vacuum), a feather and a bowling ball would fall at exactly the same speed, and that I could use an equation to prove it.

Just when I felt comfortable with the year’s material, Dr. Owen approached me to ask if I wanted to take Physics B Advanced Placement exam. This seemed outrageous at first – his course was not specifically geared toward any standardized test preparation. But he assured me that if I read a few additional textbook chapters on my own, and met with him a several times after school, I would be fine. It was the first time I’d undertaken a real “independent study.” I enjoyed having one-on-one discussions with Dr. Owen about everything from relativity to circuits.

I remained slightly doubtful until I took the exam, all alone in a college counseling office. The open-ended questions challenged me to make use of most of the material that Dr. Owen had taught me in new ways. He had given me the toolkit I needed to solve complex problems. I remember running down the corridor giddily to tell him I scored a 5 out of 5; in his usual calm way, he was pleased but not surprised.

Dr. Owen also taught my senior year Chemistry AP course. As with physics, he opened my eyes to all kinds of phenomena related to chemical interactions.

During one class that I will never forget, Dr. Owen asked us to open an assignment from a chapter we hadn’t read in months. My classmates and I exchanged confused glances. “Are you sure you mean that chapter?” we asked. He opened his mouth intending to say something like “Yes, let’s all turn to chapter nine,” but the words came out garbled. At first it seemed that he might be joking. But after our nervous laughter, he fell to the ground, eyes glazed over.

Dr. Owen came back to school not long after the apparent seizure, and seemed normal again; he even told us that he did mean chapter nine. His passion for the subject and sense of humor seemed intact. He mentioned that if you say the word “rabbit” as soon as you wake up on the first of the month, you’ll have good luck until the next month comes around – a practice that I clung to for years after.

But his collapse in class foreshadowed the unthinkable. In 2007, Dr. Owen passed away. It was only then I learned that he had additionally taught biochemistry at Thomas Jefferson University for 25 years, and co-authored several published scientific studies. But my classmates and I never felt like a hobby or a side project – Dr. Owen genuinely loved to teach high school, and some of my friends had even continued asking him questions when they were stumped in their college courses. At our reunion, we talked about how inspirational he was.

It would have been great to tell Dr. Owen that I ended up as a health reporter for CNN.com, and that I co-started the site’s science blog Light Years. If hadn’t had an engaging science teacher with a genuine passion for the material, who challenged me to go beyond the standard curriculum and follow my curiosities, perhaps I wouldn’t be writing about cutting-edge research in science today.