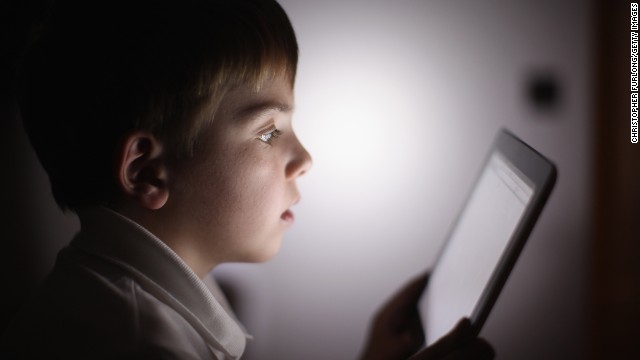 Chelsea Clinton and James Steyer says there's evidence that the explosion of computer use has changed the way kids think.
May 21st, 2012
11:24 AM ET

Opinion: Is the Internet hurting children?

By Chelsea Clinton and James P. Steyer, Special to CNN

(CNN) - Amid the buzz over the Facebook IPO, the ever-evolving theories about how Twitter is reshaping our communications and speculation about where the next social media-enabled protest or revolution will occur, there is an important question we've largely ignored. What are the real effects of all this on the huge segment of the population most affected by social media themselves: our children and our teens?

The explosive growth of social media, smartphones and digital devices is transforming our kids' lives, in school and at home. Research tells us that even the youngest of our children are migrating online, using tablets and smartphones, downloading apps. Consumer Reports reported last year that more than 7.5 million American kids under the age of 13 have joined Facebook, which technically requires users to be 13 years old to open an account. No one has any idea of what all of this media and technology use will mean for our kids as they grow up.

By the time they're 2 years old, more than 90% of all American children have an online history. At 5, more than 50% regularly interact with a computer or tablet device, and by 7 or 8, many kids regularly play video games. Teenagers text an average of 3,400 times a month. The fact is, by middle school, our kids today are spending more time with media than with their parents or teachers, and the challenges are vast: from the millions of young people who regret by high school what they've already posted about themselves online to the widely documented rise in cyberbullying to the hypersexualization of female characters in video games.

These challenges also include traditional media and the phenomenon of "ratings creep" in the movies that our kids consume. Movies today - even G-rated ones - contain significantly more sex and violence, on average, than movies with the same rating 10 or 20 years ago.

The impact of heavy media and technology use on kids' social, emotional and cognitive development is only beginning to be studied, and the emergent results are serious.