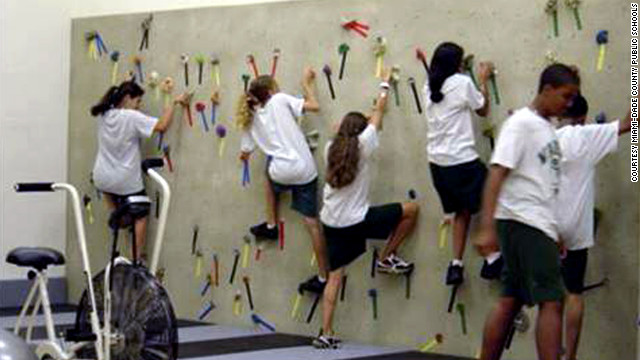 It's almost unbelievable when you know the statistics - that one in six U.S. children are obese, that nearly one-third are overweight, and that these rates are even higher for Hispanic children (of whom Miami has a high population).

But Greenberg doesn't despair. "I've been in my position since 1995 - I've never had a budget," she says. "It's always been up to me to find my own money."

She has also found a way to encourage students to sign up for gym class again.

Miami-Dade County Public Schools is one of nine regional finalists in the Active Schools Acceleration Project's first annual Innovation Competition. ASAP is an initiative started by ChildObesity180.org, an organization dedicated to reversing the trend in childhood obesity.

The requirements were simple: Schools had to show a way they were encouraging students to move throughout the day. The school's program had to be creative, include all fitness levels and be easy to duplicate in other districts.