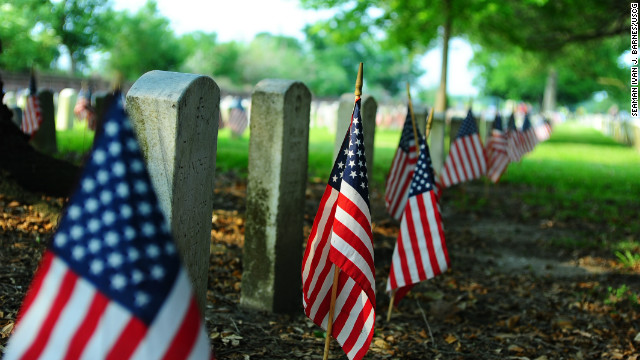 How do students define 'character'?

By CNN Schools of Thought Editors

(CNN) - As we focus on our heroes this Memorial Day, we thought it would be interesting to find out what students think about the concept of “character.”

So, CNN Student News anchor Carl Azuz went to our audience of middle and high school students and asked how they define “character.”

Here’s a sampling of what the students had to say on the CNN Student News blog:

Maggie: Character is whatever defines you – how you act, your personality, everything that you do has a lasting effect on your character. However, you have to be careful and make sure you have a good and positive character so you build a good reputation among others as you grow older.

Sara: When I hear the word character, I think of people and the way they act, behave, do etc. Character is a word that basically portrays who we are, not only on the outside, but on the inside, too.

Santiago: Character can be defined in different ways, there is no right or wrong. Having character means to have courage and be willing to do the right thing at the right time. Character is not only "moral excellence and firmness" because excellence is an illusion. People with character always do their best and never give up. They have no limits and will not stop supporting what they think is right without a fight.

Liam: "Character is what you do when no one is around." – Unknown

Iva: I think of someone having character like a hardware tool box. Everyone has different qualities and strengths that can be used for many purposes. When life gives you a tough situation, use the resources in that tool box.

Nykolas: To me, character is who you are on the inside. It’s not who you pretend to be, or who you become so others will like you. Character is what makes us who we are. It is who we really are and always will be.

Joy: To me, character is how you act when you have to make a difficult decision.

Mr. Sebela's Class: We think of character as showing who someone is through their actions and how they present themselves. Also, character is also based on personal experience in life. Character can also be based on what direction you choose each day and the decisions that you make.

Herbert: I think of character as a moral supremacy. It is the epitome of integrity and the want and will to do what is good and right at all times.

Juanito: I love the United States Armed Forces. . . Character is something demonstrated throughout the entire forces. Happy Memorial Day!

Tell us in the comments: How will you spend Memorial Day? How do the kids in your life or classroom define character?