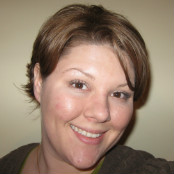 Lack of supervision can breed even darker scenarios, too: Millions of kids bopping around on Facebook would be more than any pedophile could dare dream. Unless Facebook allows for stringent control of friend lists, private message settings and picture tagging - and parents take them time to monitor those settings - children could be ripe for the picking.

Some exceptionally mature children will be able to handle themselves just fine online, but kids in general just aren't web-savvy enough to discern who is safe to talk to online and who isn't. They're also not experienced enough to keep away from virus apps and pop-up ads.

I allowed my son to play a browser-based game the other day. I was right next to him, but it wasn't five minutes before he squealed that he would win a million dollars if he could click on the dancing coin. I managed to grab his hand before he did it and lecture him about deceptive ads and viruses, but what if I hadn't been right there?

There are only so many teachable moments I'm willing to finance with a de-virusing visit to the Geek Squad.

I'm not the only one concerned. Members of the Congressional Privacy Caucus sent an open letter to Facebook founder Mark Zuckerberg, according to Broadcasting & Cable, in which they sought specifics about how Facebook will comply with Children's Online Privacy Protection Act and otherwise keep tween users safe.

It's an excellent letter, and I'll be waiting eagerly to read Facebook's response. In the meantime, if my son wants to play Farmville, he can go outside and feed the actual chickens in our backyard - and maybe bring a friend.

The opinions expressed are solely those of Heather Chapman.

Share in the comments: Will your younger-than-13 kids be on Facebook? Why or why not? How did you make the decision, and how do you explain it to them? Or, take our poll: Should kids younger than 13 be allowed on Facebook?