My view: Why not let kids have Facebook pages? 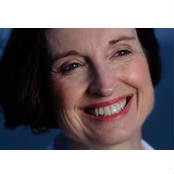 Editor's note: Laura Sessions Stepp is a Pulitzer Prize-winning journalist, formerly with The Washington Post, who specializes in the coverage of young people. She has written two books: "Unhooked: How Young Women Pursue Sex, Delay Love and Lose at Both" and "Our Last Best Shot: Guiding Our Children through Early Adolescence." She is a consultant to the National Campaign to Prevent Teen and Unplanned Pregnancy.

Read another view from writer Heather Chapman, "My View: My kids won't be on Facebook any time soon."

(CNN) - Will elementary and middle school students soon be able to put up their own Facebook pages? It looks like it.

According to news accounts, Facebook is considering doing away with its rule that no one under age 13 may have a Facebook page. Cranky math instructors and tyrannical P.E. coaches must be at least a tad nervous at the thought of what the little darlings might post about them. But the change could be a good thing if it encourages a reasonable amount of parent involvement.

The things the rest of us do on Facebook - reveal what we had for lunch, post way too many photos of our kids and pets, comment on what Queen Elizabeth wore for her 60th anniversary jubilee - are considered too dangerous for 10-, 11-, or 12-year-olds to do, even if their "public" consists only of people they've invited to be their friends.

One result is that millions of pre-teens - 7.5 million, according to a Consumer Reports account last year - have established profiles on Facebook, some using fictitious names. Five million of them are younger than 10. What's most disturbing is that in many cases, parents have helped their kids circumvent the rules. What, pray tell, does that teach their children?

The parameters of the policy under consideration at Facebook are undetermined but would work something like PG-13 movies. One idea is that the child's page would be linked through the parent's page - a sidecar, if you will. Savvy parents would give their children as much privacy as possible even if wincing sometimes at what they saw. But they'd also have the opportunity to step in if they noticed something that was hurtful, dangerous or inappropriate.

Despite what some adults might think or read, teens, at least by their own account, are pretty responsible when it comes to social networking.

By Jon Jensen and Rima Maktabi, CNN
Editor's note: Each month, Inside the Middle East takes you behind the headlines to see a different side of this diverse region.

Alexandria, Egypt (CNN) - Can jumping spiders still hunt for their prey in space?

It may sound like science fiction or the start of a bad joke, but this is an experiment that will be carried out on the International Space Station later this year, thanks to Egyptian teenager Amr Mohamed.

Mohamed, 19, from Alexandria, came up with one of the two winning entries from around the world for the YouTube Space Lab competition, backed by Professor Stephen Hawking, which asked students to design experiments for space scientists.

The idea behind Mohamed's experiment is to study how the zebra spider, which jumps on its prey rather than building a web, will hunt when it is in zero gravity.

From scrubbing floors to Ivy League: Homeless student to go to dream college

Lawndale, North Carolina (CNN) - It's before sunrise, and the janitor at Burns High School has already been down the length of a hallway, cleaning and sweeping classrooms before the day begins.

This particular janitor is painstakingly methodical, even as she administers a mental quiz on an upcoming test. Her name is Dawn Loggins, a straight-A senior at the very school she cleans.

On this day, she maneuvers a long-handled push broom between rows of desks. She stops to pick up a hardened, chewed piece of gum. "This annoys me, because there's a trash can right here," she says.

The worst, she says, is snuff cans in urinals. "It's just rude and pointless."

With her long, straight dark blonde hair and black-rimmed glasses, Dawn looks a bit like Avril Lavigne. But her life is a far cry from that of a privileged pop star.

She was homeless at the start of the school year, abandoned by her drug-abusing parents. The teachers and others in town pitched in - donating clothes and providing medical and dental care. She got the janitorial job through a school workforce assistance program.

She's grateful for the work. But it's where she's going next, beyond the walls of Burns, that excites her most. She applied to four state colleges and one dream university. She'll graduate soon before heading off, leaving her dust pan behind.

New York Times: Amid Million Dollar PTAs, a School Fights to Keep Its Library
In response to an article on New York City PTAs that raise a million dollars, KJ Dell'Antonia says that one city school had trouble raising $40,000 to save its library. The school doesn't quite make the cut for Title I funds which would have saved the library outright, and Dell'Antonia wonders why parents should have to shoulder that financial burden.

U.S. News: College Financial Aid Packages May Become Clearer in 2013
Ten colleges and universities have pledged to release more detailed information about financial aid offers to prospective students. Students will be given financial information that includes how much the school will cost per year, the differences in the type of aid offered, and how much a monthly loan payment could be.

Food Safety News: Nearly Every State Opts Out of 'Pink Slime' for School Lunch
The U.S. Department of Agriculture says that only three states have ordered Lean Finely Textured Beef (LFTB), which critics call "pink slime," for their school lunch programs. Ground beef without LFTB costs about 3% more. The USDA and the beef industry say that LFTB is safe, but one beef producer isn't surprised that states have cut their orders for the product.

(CNN)  Call it the summer slide, the seasonal slump, the brain drain or the summer slowdown.  Just don’t call it new:  The two-month period when students lose some of their academic edge has been observed for over a century.  The good news here is that experts and parents have come up with a number of ways to keep kids sharp through the summer, and we’re sharing some of them with you here.

“We would all expect an athlete’s or a musician’s performance to suffer if they took a long break from practice, and the same is true for our nation’s young people,” says Ron Fairchild, founder of the Smarter Learning Group.

One way to keep your student’s brain in shape is to keep the learning going.  It doesn’t have to be out of a textbook.  Swimming or SCUBA or horseback riding lessons, practicing a language while driving to your vacation destination – it all counts.

In a summer camp – particularly an outdoor one – kids take part in activities they might not otherwise do.  Some learn how to build a fire; some learn to paddle a canoe; some team up to complete a rope course.  (And even if students learn they can’t actually trust others in a “trust fall,” they’ve still learned something, right?)

Picking up a new instrument can also help keep kids engaged with learning, and there are many studies linking music with mathematics.  So if your child has always wanted to play guitar or drums (heaven help you), summer may be the perfect time to do it.
END_OF_DOCUMENT_TOKEN_TO_BE_REPLACED 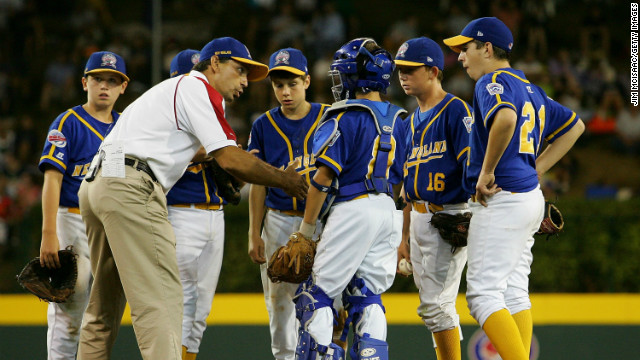 My View: What standardized testing can learn from baseball 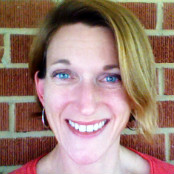 By Wendi Pillars, Special to CNN

Editor’s note: Wendi Pillars is a teacher with National Board Certification in English-language learning and a member of the Center for Teaching Quality’s Teacher Leaders Network. She has 15 years of teaching experience, overseas and stateside, and has been coaching Little League Baseball for three years.

It's that time of year again: Baseball season - and standardized testing season. As I donned my dangly earrings etched with the word "believe" on our first mathematics testing day, my heart raced at the thought of the day's outcomes. You see, wearing the earrings on test days reminds my nervous self that I believe my students will do their absolute best. This got me thinking about how I was inadvertently partaking in the time-honored athlete's tradition of the good luck talisman.

As a Little League Baseball coach and an elementary school teacher, I now connect standardized testing and baseball in more ways than one.

What do baseball and testing have in common?

Baseball is, simply, a time-consuming game. Players practice the same skills over and over.

Baseball relies heavily on stats, which have evolved from simple metrics to more complex ones.

Players rely on coaches to ascertain areas of improvement and how to improve.

The performance of a couple of players can make or break the entire team and the outcome of any given game. This, in turn, can affect finances and morale.

In Little League, as in the classroom, if your team is saddled with an unruly player, you can’t make trades.