(CNN) - If a person wins a scholarship intended for someone of a different race, should he or she give it back?

When Jeffrey Warren, a senior at Martin Luther King High School in Riverside, California, was looking for financial help to pay for college, he applied for several scholarships.  When he applied for one of those scholarships, he had no idea it was intended for an African-American student.  He says the application only said that African-Americans were encouraged to apply.

The scholarship awarding committee didn’t know that he was white – until he got up to receive the award.

"It was kind of funny at first, everyone was laughing. They announced it for an African-American, they saw me walk up," Warren said.

Warren decided to return the scholarship.  He says he could have really used the money but decided it was best to return it.

“I know that they were trying to a good deed for the African-American community, and I saw that too so I had no trouble giving it back to them at all,” Warren told KABC-TV.

What would you do if you won a scholarship that was intended for someone else?

"You're not special. You're not exceptional," McCullough says. "Contrary to what your U-9 soccer trophy suggests, your glowing seventh grade report card despite every assurance that a certain corpulent purple dinosaur that nice Mr. Rogers and your batty Aunt Sylvia, no matter how often your maternal cape crusader is swooped into save you, you are nothing special."

McCullough talked to Zoraida Sambolin on "Early Start" to react to the attention his speech received and to clarify what he meant in the speech.

Read the transcript from "Early Start" by clicking on "Full Story". 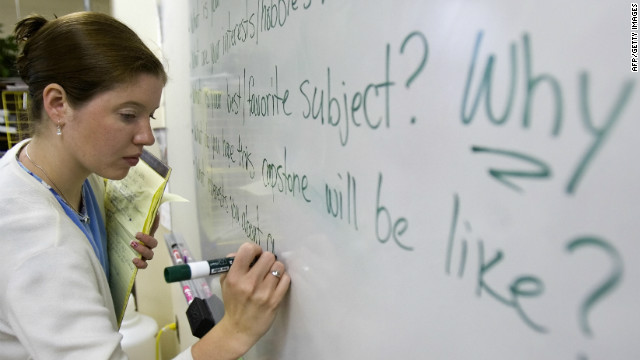 My view: Getting education reform right 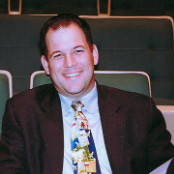 By John Kuhn, Special to CNN

(CNN) - In an election year where the question of our nation’s fiscal future is front and center, we cannot forget that the educational progress of our children is pivotal for renewing U.S. prosperity. Yet more than 10 years after its enactment, there is scant evidence that the Bush-era No Child Left Behind federal law has lived up to its promise to provide a better quality education for students being left behind in public schools. Indeed, we are witnessing its failures in real time, and millions of our neediest children stand in the dust of No Child Left Behind.

While NCLB has made blaming and shaming local schools and individual middle-class educators the centerpiece of education policy, Texas schools are funded through a system, the Target Revenue System, in which each school district is assigned a dollar amount per student that varies according to property wealth. Areas blessed with high property values or mineral wealth automatically have more money pumped into their school systems, which translates directly into newer computers, better books and more qualified teachers for their children.

So while each district is required to offer the same mandated programs and have its students achieve an identical minimum in terms of test scores, attendance rates and graduation rates, the schools in wealthier communities receive more resources with which to achieve the same results. Our kids all run the same race; it’s just that some of them get to wear Nikes, and some get flip flops. Good luck kids.
END_OF_DOCUMENT_TOKEN_TO_BE_REPLACED