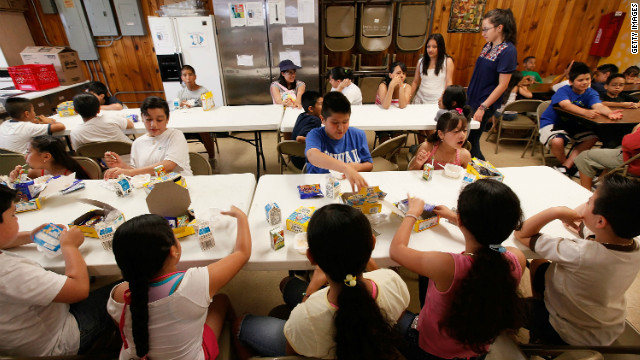 (CNN) – About 14 million children will participate in summer programs across America this year. An estimated 24 million more children “are on the outside, looking in,” Gary Huggins, CEO of the National Summer Learning Association, told CNN. Their parents would enroll them in these programs if they were available and affordable.

Walmart and its philanthropy arm, the Walmart Foundation, announced on Wednesday that it is giving $20 million to support youth summer programs that promote healthy meals, educational opportunities and employment and skills training.

NSLA, ICP and BELL will focus on summer learning initiatives. A Johns Hopkins study shows that low-income students can lose two months of math and reading ability over a nonproductive summer.

NSLA’s Huggins told CNN "there is a growing recognition among [school] district leaders that students are losing ground, and we have to stop that."

Huggins told CNN that while traditional summer school is punitive and remedial, the students in the NSLA-supported programs aren't enrolled just for flunking a class or missing a benchmark on a standardized test. The students in these programs voluntarily sign up. The free summer programs do try to seek out students who are struggling, Huggins said.

The districts that partner with NSLA will have engaging activities for participants, including physical activities and hands-on projects.

Huggins said, "It can't be another two months of school. The kids have to want to be there." According to Huggins, effective summer programs not only stem learning losses, they produce academic gains.

This summer, Y-USA and NRPA will use their Walmart Foundation funds to provide meals to 160,000 children, while Brandeis University will receive $5 million to support 3,000 young people in employment programs in seven American cities from New York to Los Angeles. The summer meals grants are part of a $2 billion pledge Walmart and its foundation made to fight hunger through 2015.