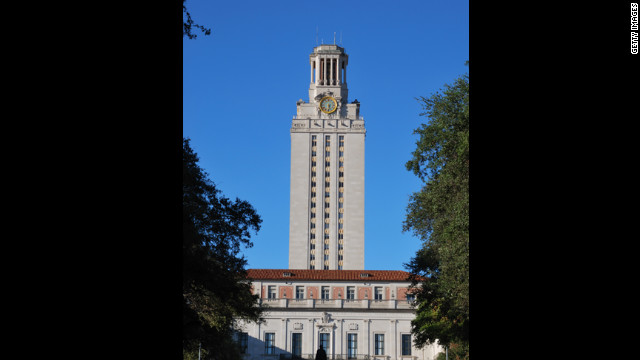 The University of Texas is home to the presitigious Center for Middle Eastern Studies.
June 18th, 2012
12:40 PM ET

(CNN) The University of Texas' prestigious Center for Middle Eastern Studies recently got a blunt taste of the turbulent region it studies.

Arab authors pulled out of a planned short-story anthology honoring a late professor because it included Israeli writers, and that stance eventually led to the cancellation of the project.

Called the "Memory of a Promise: Short Stories by Middle Eastern Women," the book was dedicated to the late Elizabeth B.J. Warnock Fernea, a professor of comparative literature and Middle East Studies at the Austin campus.

It contained fiction from 29 female authors, from the Arab world, Turkey, Iran, and Israel, a fitting honor to Fernea who wrote "In Search of Islamic Feminism: One Woman's Global Journey" and "Guests of the Sheik" about Iraq.

As the book neared completion in May, Middle East politics intruded, said Kamran Scot Aghaie, an associate professor of Islamic and Iranian History and director of the center.

Some of the authors disliked the presence of two Israeli authors - Yehudit Hendel and Orly Castel-Bloom, objections motivated by some over the Israeli government's policies and actions toward Palestinians. The stance is one of the latest efforts across the world to boycott Israelis and Israel over the Palestinian question.

"If the volume included the Israeli authors, they informed us, they would withdraw their own contributions," Aghaie, an Iranian-American, said in a statement about the issue on the center's webpage.

But the university didn't cave to the demand, led by Huzama Habayeb, a Palestinian writer living in the United Arab Emirates.
END_OF_DOCUMENT_TOKEN_TO_BE_REPLACED

A teacher in a San Antonio suburb allegedly tells students to hit a 6-yr-old "bully" to show why bullying is bad.  From Starting Point with Soledad O'Brien.