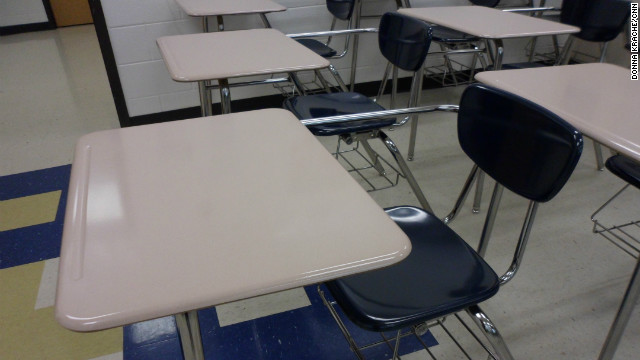 By the numbers: High school dropouts

(CNN) The numbers, the costs, the effects are astounding.

According to the College Board, 857 students drop out of high school every hour of every school day.

But that’s only one statistic.  Here are some other numbers that drive home the impact of the high school dropout problem in the U.S.

About 1 in 4 high school students does not graduate from high school with his or her class.

Nearly 4 in 10 minority students do not graduate with their class.

What if half of the 1.3 million dropouts from  the Class of 2010 had graduated from high school?

They could have generated:

Turning just one student from dropout to graduate =  more than $200,000 in higher tax revenues and lower government expenditures over his or her lifetime.

Graduating half of one class of dropouts =  taxpayer savings of $45 billion in that year.

Dropouts make up nearly half the heads of households on welfare.

High school dropouts commit about 75 percent of crimes in the U.S.

Why they drop out

Nearly half of students who drop out do it because they say their classes “aren’t interesting.”

43% say they quit because they had too many absences and felt they couldn’t catch up.

38% say they had “too much freedom and not enough rules.”

35% quit because they were failing.

How to fix the problem?

81% of students who dropped out said they would like to see schools offer “real world” learning opportunities.