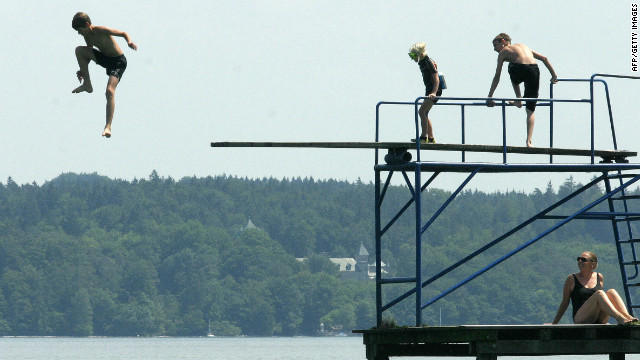 School's out for summer...but why?

(CNN) The reasons why America’s students enjoy around two months off every summer probably aren’t based on some archaic, farm-based education schedule, as many people believe.

They’re more likely the result of what was happening in American cities.

Flash back to the mid-1800s.  Students in rural communities were needed to help with farm work, to be sure – but not in the summertime.  Spring was the planting season, and fall was the harvesting one; summer might’ve been a great time to study, as it wouldn’t have been interrupted by work involving crops.

But in U.S. cities, where students were taught throughout the calendar year, some of the education experts and doctors of the day believed too much schooling placed a stress on kids.  And there were several factors that made summertime the ideal time for a break.

For one thing, it was hot.  We can just turn down the thermostat today, but imagine sitting in an unventilated, urban schoolhouse without air conditioning or indoor plumbing as the thermometer pushed 100.  Not a comfortable environment for learning.

For another, wealthier families – and some school administrators – took vacations in the summer.  And teachers often used the warmer months as training time.

So organizers of what came to influence our modern school year thought it best to strike summer from the academic calendar and to allow everyone, urban and rural, some time out of class.

But this isn’t to say that today’s summer vacations are good for everyone.  A number of studies have indicated that the summer months can be an educational drain, particularly on poorer students, who may not get the intellectual stimulation over the summer that middle-class students may get in camps, vacations and programs.

The Obama Administration has pushed for longer school days and more of them, arguing that the 180-day calendar is insufficient in making the U.S. more educationally competitive with other countries.

However, Dr. Terry Stoops, director of Education Studies at the John Locke Foundation, says more time in the classroom isn’t necessarily the answer.  “Extending the school calendar without making improvements to the curriculum and teacher quality would simply subject students to additional hours of unproductive instruction,” says Stoops.

A number of studies indicate that year-round school – with short breaks spread throughout the year instead of a long one in the summer – would help prevent summer learning loss in many students.

But there’s a catch:  It costs more.  From summertime energy expenses to potential increases in teacher salaries to the costs of running buses from June through August, the potential price of year-round school may simply be out of reach.

This is a time when the nation’s public school systems are looking to cut costs.  With less money available from states and communities, we’ve seen schools eliminate bus routes, lay off or buy out teachers, and shorten school days and weeks.  So the push for more instructional time at additional cost is exactly the opposite of what many districts are able to provide.

There’s also some pushback from parents, who typically plan vacation and family time over the summer.  And those with younger kids sometimes struggle to find childcare when school breaks are spread out.

So while today’s students may have advantages in technology and organization over their 19th-Century counterparts, it’s likely they’ll continue to share the same benefits – and in some cases, drawbacks – of having summers off.