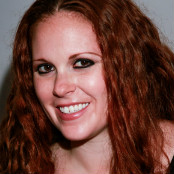 Every child who walks into my classroom bears an adult-sized burden, be it self-inflicted or superimposed. Unlike most teens, they aren’t worried about who they’ll hang out with after school, or if they’ll make the soccer team, who to date or what to wear to prom. Parole officers, anger management, court dates and electronic monitoring ankle bracelets are at the forefront of their minds. But, like everyone else their age, my kids want people to like them, despite their despicable pasts.

Some students are preceded by their stories, as will be the boys from Athena Middle School. The kids with high-profile cases have it the worst, because just like everyone else who’s heard their story in the news or neighborhood gossip, their teachers and classmates have preformed opinions of them.

I’d prefer not to know why students have been sent to my school unless they wish to discuss it with me. Their classmates will ask anyway. They always do. For a few, sharing begets bragging rights. Only second-degree assault?  I’ve got three counts of first. For most, it’s the type of bonding experience that heals. Oh, you messed up, too. It’s not just me.

“We’re bad kids,” they tell me. Society has sent them that message, and it became a self-fulfilling prophecy. I explain that they’re not bad kids. They’re kids who made bad decisions in the past. They can choose to make good decisions from now on.

Educators: Kids aren't the only ones bullied

As an English teacher, I know appreciating literature takes empathy, something foreign for most of my students, as it was for the Athena boys who didn’t recognize Klein’s tears as a sign to stop taunting. Though literary classics are no easy sell, their universal themes apply even in an alternative school.

In “To Kill a Mockingbird,” Atticus tells Scout, “You never really understand a person until you consider things from his point of view ... until you climb into his skin and walk around in it.” My most difficult student, a girl who slept most of the time, heard us discussing that quote, picked up her head, smiled and said, “That makes so much sense.”

Even two 10th-grade boys who’d recently finished prison sentences couldn’t stop making connections between themselves and Elie Wiesel in “Night.” I had to correct them on multiple occasions, reminding them that they deserved to go to jail for armed robbery and assault with a deadly weapon, and that they were never tortured, abused or denied basic human needs. Still, sympathy is the first step toward empathy. By the end of the book, our discussions had shifted to the fact that no one in the concentration camps deserved to be treated as they were and that we can never allow anything so heinous to happen again.

The fact that children’s brains are not fully developed offers an explanation and solution - though not an excuse - for the tragedy that happened on the bus that afternoon. Kids can be cruel, but fortunately, most become more respectful with age, time and experience. It’s not too late for these boys to learn kindness. Their time at the reengagement center should be used as a period of reflection and growth. They should take advantage of opportunities to discuss or write about the pain they caused Klein, what they would have changed if they could and what they will do from now on. The key to making the most of an alternative learning experience is to seek out positive role models and avoid negative teachers and peers. Find the people who seem genuinely happy and follow their lead. The boys will most likely begin their freshman year in a regular high school as changed men.

What happened to Karen Klein was tragic in every way, and the boys’ sentence was just. Though it was kind for people to open their pocketbooks and donate to a much-deserved retirement fund and vacation for Klein, money won’t erase the pain she will forever feel, nor will money fix the real problem. It can help prevent it - funding is desperately needed for programs like mine, which can and do change villains to victors. Empathy education is needed now more than ever. It starts with us. Every child, no matter what they’ve done, needs to know that at least one person has a vested interest in their future, someone who cares for them unconditionally. Perhaps someone like you.

The opinions expressed are solely those of Robyn Barberry.