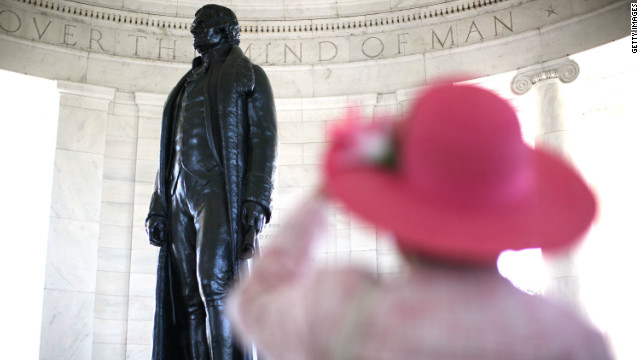 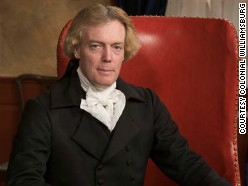 It’s the Founding Father’s original version of the modern bumper sticker “If you think education is expensive, try ignorance.”

Kern says that in many letters to relatives and colleagues, as well as in legislation he helped to write and sponsor, Jefferson was adamant about the importance of acquiring knowledge. He firmly believed that education would ensure the success of the young United States and move it forward.

“If a nation expects to be ignorant & free, in a state of civilization, it expects what never was and never will be,” Jefferson wrote in 1816. 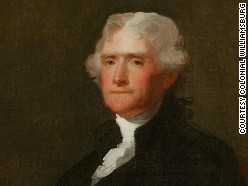 This Gilbert Stuart portrait of Thomas Jefferson hangs in the Colonial Capitol in Williamsburg, Virginia.

What subjects did he expect students to study?

“A broad liberal arts education is what he was prescribing,” Kern told CNN. His blog quotes him on the university’s role in teaching students reading, writing, business and personal rights and responsibilities.

Some of Jefferson’s remarks seem almost prophetic, Kern said. In a letter to his nephew, he wrote that while the study of classical languages, like Latin and Greek, was necessary, he believed that “Spanish will probably be important” in the future.

Jefferson also had faith in the future generations. His blog notes that in 1818 he said, “When I contemplate the immense advances in science and discoveries in the arts which have been made within the period of my life, I look forward with confidence to equal advances by the present generation, and have no doubt they will consequently be as much wiser than we have been as we than our fathers were, and they than the burners of witches.”

So there’s something young and old can take away from the writings on his blog, and from Jefferson’s life and love of education.

You can read Jefferson’s Blog here.