(CNN) - A Memphis, Tennessee, man faces a 45-count indictment after prosecutors say he took money from teachers who paid to have other people take their certification exams.

Clarence Mumford, 58, allegedly made tens of thousands of dollars from the scheme, which operated between 1995-2010 and involved teachers and aspiring teachers in Tennessee, Arkansas and Mississippi.

"Mumford's conduct has done harm to the systems in which unqualified teachers have been able to teach, to the individual schools, to qualified individuals who could have obtained jobs filled by unqualified teachers, and, ultimately, to a generation of our schoolchildren," said Edward L. Stanton III, U.S. Attorney for the Western District of Tennessee.

It was not immediately clear whether Mumford has retained representation.

According to the indictment, dated Monday, Mumford charged teachers between $1,500-$3,000 per exam. As part of the scheme, he allegedly collected teachers' IDs and made fake driver's licenses.

The purported scam involved approximately 70 teachers, according to Kristin Helm, spokeswoman at the Tennessee Bureau of Investigations. 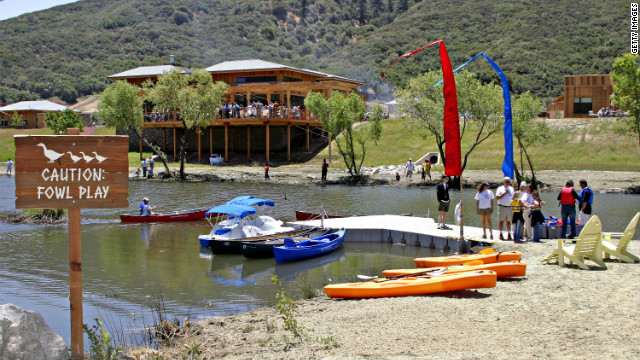 (CNN) - With schools letting out for summer all over the country, it's time to talk about summer camp.

For some, camp is something to look forward to all year long, where new friends are made and old friends reconnect. For others, watching “The Parent Trap” might be the only summer camp experience they have.

However you remember it, camp serves up memories of cabins, sleeping bags, campfires, ghost stories, shaving cream fights, catching lizards - and for fans of that movie, possibly discovering you have a long lost twin.

Summer camp can serve multiple purposes. It can fill what might otherwise be an uneventful couple of months when hanging out in front of the TV isn't an option. Camps also provide much-needed childcare, especially in households where both parents work.

END_OF_DOCUMENT_TOKEN_TO_BE_REPLACED

9-year-old heads off to college

Nine-year-old Tanishq Abraham is attending classes at American River College in Sacramento, California. He says he wants to be a doctor, a scientist, an inventor or maybe president.

But for now, he's getting all As.