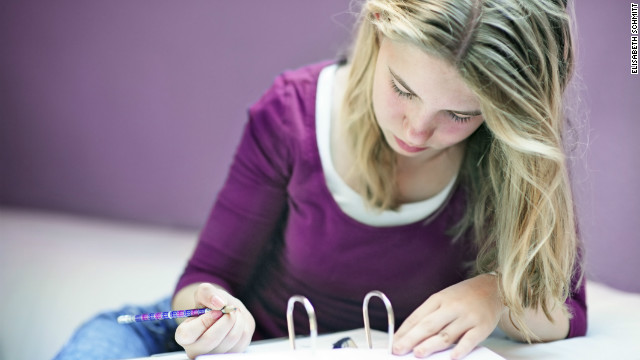 (CNN) Summer enrichment programs in low-income neighborhoods across the country are in trouble.

Nine-year-old Nicole Levine at L.A.’s BEST Summer Program says that, without the program, she would probably just be at home watching TV. Something she'd rather not do.

She could also wind up wandering the streets in her Los Angeles neighborhood as her single-parent mom works two jobs.

Nicole’s grandfather Steven Levine says this neighborhood in the North Hills section of Los Angeles is a high-crime area with a significant amount of gang activity. He says he knows that his grandchildren are safe at the summer enrichment program on the campus of Noble St. Elementary School.

Kids from poor neighborhoods suffer significantly from what’s called, ‘summer learning loss.’ It’s the diminishing over the summer months of skills learned during the school year. Kids from middle- and upper-income neighborhoods have more opportunities to go to camp or travel, or be enrolled in programs that stimulate learning during summer vacation.

Listen to and read the story from CNN Radio