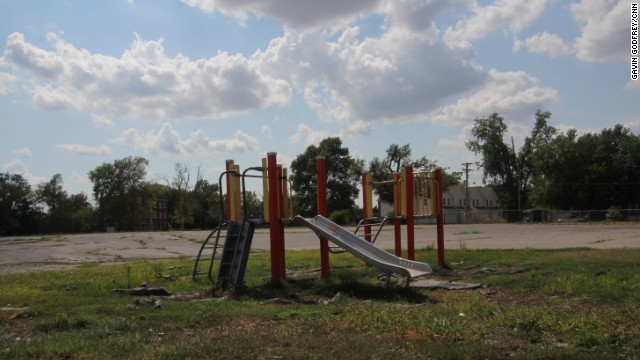 Editor's note: Embed America is a partnership between CNN Radio and CNN iReport. This series tells the story of the 2012 U.S. presidential election through the people most critical to the campaigns: the voters. CNN Radio is traveling across the country to interview iReporters on election issues close to their hearts. These issues were named important by iReporters during phase 1 of the iReport Debate.

East St. Louis, Illinois (CNN) – The East St. Louis School District has some of the worst reading and math test scores in the state. That’s according to state and district statistics. Only ten percent of students are proficient in reading at their grade level. And for at least one resident, 17-year-old Louis Jones, it's a problem the presidential candidates need to address.

Meanwhile, education officials in Illinois are trying to take over the school district. The state cites systemic problems with corruption. Local board members disagree, and as is often the case with fights over power and money, both parties are now in court.