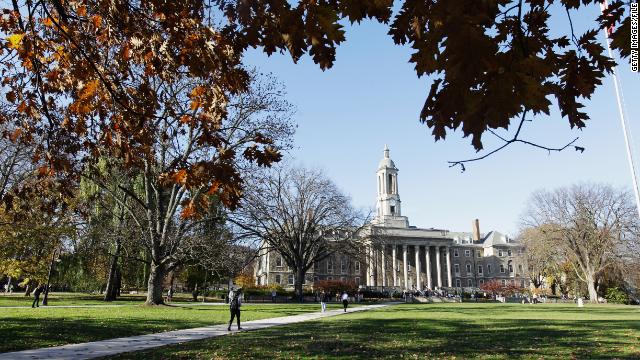 (CNN) - The organization that grants academic accreditation to Penn State has warned the school that it is in danger of losing that crucial status in the wake of the Jerry Sandusky child sex abuse scandal, the university announced this week.

The move by the Middle States Commission on Higher Education is the latest blow for the beleaguered university, which has seen its reputation clobbered and its football program hobbled after investigators found school leaders did too little to stop the abuse.

Were the commission to pull Penn State's accreditation - which it has not done - the school would face the loss of eligibility for federal student aid programs, guaranteed student loans, federal research grants and could lose eligibility for state aid, commission spokesman Richard Pockrass said in July.