(CNN) - Latino student populations have been on an upward trajectory in the U.S. for decades, and a report released Monday says the group’s growth reached record levels last year, both in public schools and colleges.

The number of 18- to 24-year-old Latinos in college topped 2 million in 2011, accounting for 16.5% of all enrollments, according to a report by the Pew Hispanic Center. The number means Latino representation in U.S. colleges and universities is on par with the percentage of Latinos among the U.S. population, also 16.5%.

“Some of the growth in Hispanic college enrollments simply reflects continued growth in the nation’s Hispanic population - since 1972, the number of Hispanic 18- to 24-year-olds has grown nearly five-fold, rising from 1.3 million then to 6 million in 2011,” the report said.

However, population alone cannot explain the numbers, as eligibility to attend college also is a factor. In 2011, 76% of Latinos age 18 to 24 had completed high school, another record and a 3.5% improvement over 2010 numbers.

At the pre-kindergarten-through-12th-grade level, Latinos made up 23.9% of students in 2011, another record, according to the report from the nonpartisan Washington-based think tank.

END_OF_DOCUMENT_TOKEN_TO_BE_REPLACED

(CNN) – In Philadelphia, a community news organization reports 53 schools were flagged for cheating across multiple grades. As in Atlanta, many of the cheaters aren't students; they're educators – teachers and principals. CNN contributor and educator Steve Perry tells Soledad O'Brien that he has a solution using technology that could limit this kind of cheating.

We want to hear your solutions – how can cheating by educators be stopped? 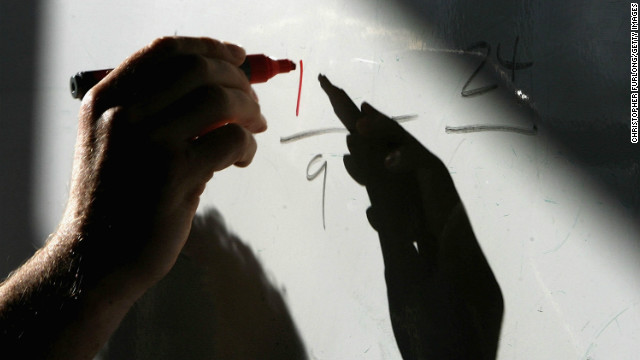 My View: Why we need the Common Core Standards 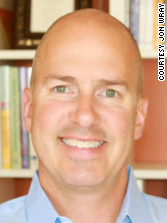 By Jon Wray, Special to CNN

Editor’s note: Jonathan Wray is the instructional facilitator for secondary mathematics curricular programs in the Howard County (Maryland) Public School System and is an elected member of the National Council of Teachers of Mathematics board of directors. He is co-founder of the Core Challenge, a program to support teacher collaboration and execution of the Common Core Standards in math.

(CNN) - The United States’ worldwide ranking in mathematics education is a common lament among teachers, parents, students, politicians and just about anybody else who has a stake in our nation’s future. The United States recently ranked 25th out of 34 developing countries in mathematics falling behind countries such as Japan, Germany and France. Ask a hundred people the cause of this situation and you’ll get a hundred different answers. One reason in particular, however, is that we have hundreds – if not thousands - of different ways of teaching our students, and different ideas of what they ought to be taught.

As an educator, I would love to tell you that I have the magic formula to teach every single student to succeed. While I don’t, I do believe a key step is for all educational stakeholders to approach our mathematics challenges in a more collaborative manner.

One problem is that each state in our country has developed its own criteria for measuring student success. Imagine being a student or teacher who has to move across the country or find a new teaching job, only to be told that, by their new school’s standards, their approach to math or reading is suddenly wrong – or even more likely, that a student’s “A” performance at his last school now only merits a “C.”

I may have a brilliant system for teaching mathematics to primary school students in my home state of Maryland, but if I try to apply it to kids in Pennsylvania, suddenly I’m trying to prepare and grade students under different standards.